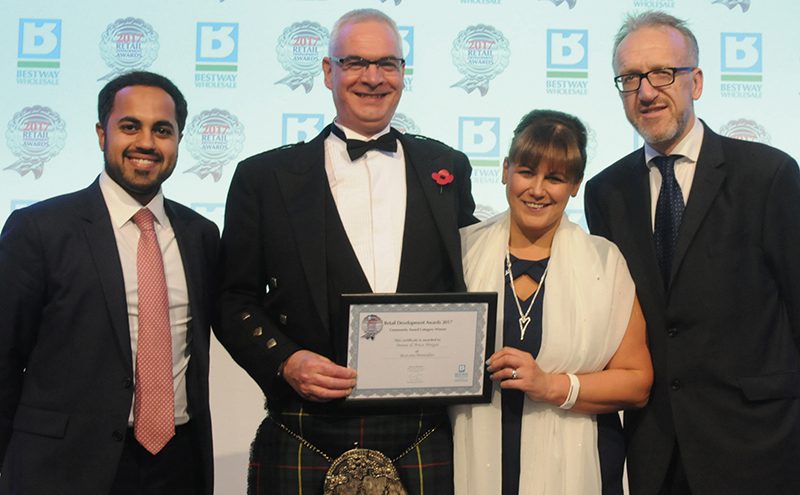 BRUCE and Donna Morgan of Best-One @ Brownlies of Biggar were among the retailers saluted at the Bestway Wholesale Retail Development Awards at London’s prestigious Grosvenor House hotel last month.

The couple took the Community Award, recognising the stellar work they have done in Biggar.

And picking up the award for Scottish National Winner was Umar Sher of 1st Stop To Shop in Forfar (below), who was joined on stage by his uncle Mohammed Issa MBE.

The event is the culmination of a series of development seminars which were held earlier in the year across the UK. Award winners received prizes totalling £28,000 on the awards night.

Bestway Group chief executive Zameer Choudrey CBE said: The scheme is unique in the industry and demonstrates our commitment to help retailers compete against increasing competition on the high street. For our winners, their stores are so much more than being places to buy groceries. They are places to build communities.” 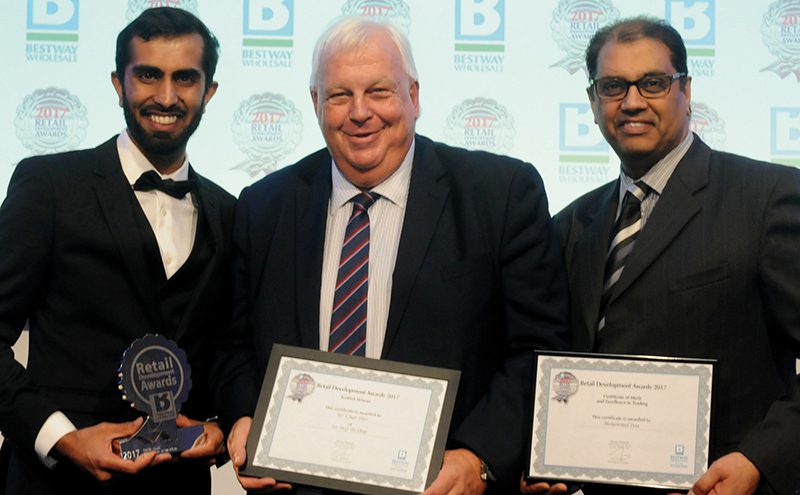