North Lanarkshire Council has given the green light to discounter Lidl’s plans to construct a new multi-million pound headquarters. 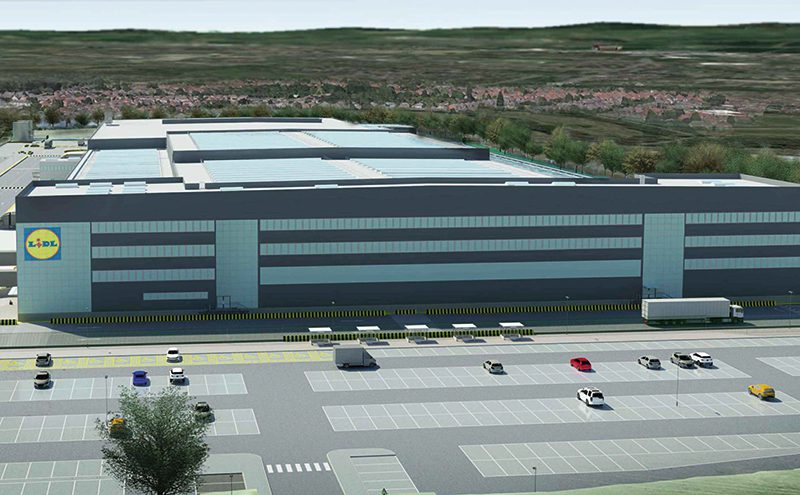 The company has already secured a site at the 680 acre Eurocentral commercial development, and the discounter plans to move its 400-strong workforce  from its existing Livingston headquarters to the new location once construction is completed.
Lidl’s plans to construct a 58,000 square metre retail distribution centre at the Eurocentral site, which the firm reckons will enable it to provide “enhanced support” for its 92 existing Scottish stores, as well as allowing for further expansion and investment in Scotland.
Ross Millar, managing director for Lidl in Scotland, said the discounter has worked “very closely” with North Lanarkshire Council since last year and is “greatly encouraged by the committee’s decision” to give the project the go ahead.
“Our new RDC not only signifies an investment in our own infrastructure and workforce, but also highlights our wider ambitions within Scotland as Lidl UK continues to experience incredible growth,” said Millar.
“Our expansion could not be possible without being able to recruit the right people and I am equally proud that we were the first supermarket to pay the living wage rate, as set by the Living Wage Foundation.”
The news of Lidl’s Scottish development follows the opening of a new distribution centre in Southampton. The discounter is also committed to open four new warehouses in England.