DURING 2016 Scottish Grocer continued to turn the spotlight on some of the best  young independent convenience retailers in our New Generation interviews. 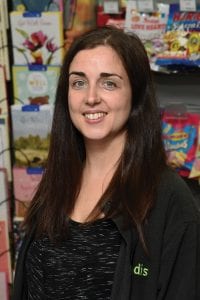 Bedford-born Natalie Lightfoot said converting her Glasgow store to Londis has proved one of the most exciting and challenging times of her life. Natalie sees Facebook as an extension of her shop’s relationship with the customers and said: “It’s quite personable and funny and I try to involve the staff and customers.”
Sandeep Dhaliwal has been running his family’s store in Kilwinning Main Street for three years.
He wants to make the shop bigger and said: “I’d like to get into the food business, maybe buy a few properties.”
Aneeb Tariq opened his c-store in East Kilbride in 2015. In April he was considering the effects of the National Living Wage and some unwelcome developments on products and services.
“The new Wispa Golds have just come in. They used to be 52g now they’re 48g, same price,” he said.
“And Menzies have sent a letter saying they’re increasing their supply charge.”