A period of major celebration, socialising, gift giving and indulgence, the festive season is brimming with potential for the canny retailer. But how to make the most of the opportunity? With just a few weeks to go, Scottish Grocer approached Faisal Naseem, of drinks-specialising Premier Arbroath Party Time, for a few last-minute ideas.

ESTABLISHED 21 years ago, Premier Arbroath Party Time, as the name suggests, has a reputation for good times.
An off-licence with an extensive range of beers, wines and spirits, the business has survived and thrived in a fiercely competitive environment by prioritising variety, availability and deals.
And the plan changes with the seasons.
Faisal Naseem, who took over the running of the business from his father eight years ago, works hard to capitalise on events, holidays and trends throughout the year. And he believes Christmas is the biggest opportunity of all. So what does he have planned for this year?
“This Christmas, spirits are our main focus. Champagne too, although that’s been in decline over the last 12 months,” he said. “Everyone’s been opting for prosecco, for the simple reason that it’s cheaper. It’s dryer than champagne, but I don’t think people are drinking it straight. They’re mixing it with Chambord and other liqueurs to make flavoured prosecco. 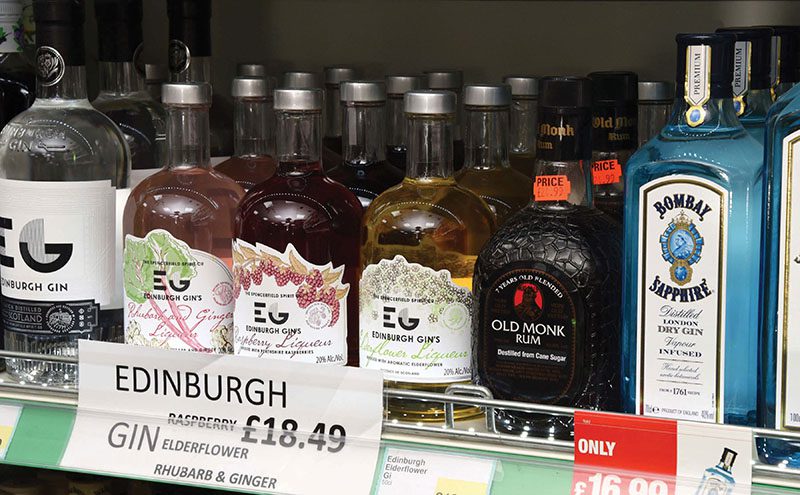 “We’re really pushing spirits this year. It’s next to impossible to compete with supermarkets. They’ll sell a litre for £15. I can’t buy it for £15, so it’s often cheaper for me to buy it from the supermarkets.
“In the last week I’ve spent thousands of pounds in Asda. I’d be silly, as a businessman, to purchase from a cash & carry at a higher price. The only issue there is you have to make sure to keep all of your receipts. But after Christmas, when Asda put their prices back up again we can split the difference on the stock we’ve got left. That’ll see us through to Easter or maybe even summer, depending on how much we’ve stocked up.”
If the multiples’ litre prices are fierce convenience retailers can still get the edge on supermarkets, at least with the mainstream spirits brands, on 70cl bottles and fractionals, he said. 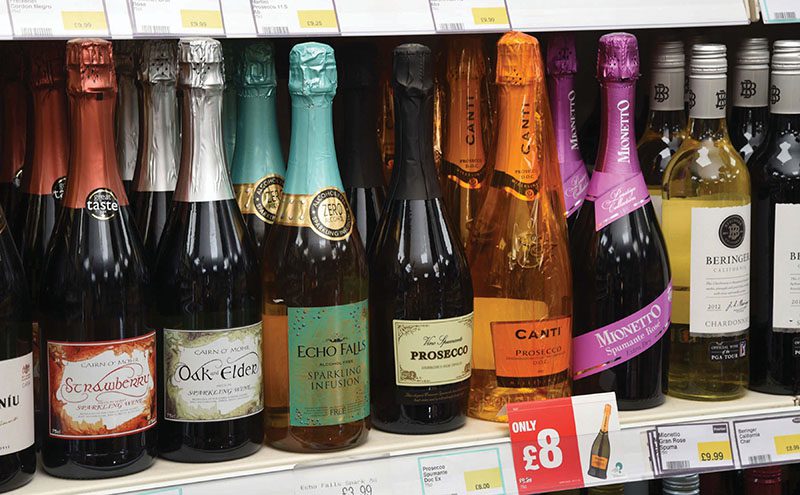 “We’re going to mark them cheap and push them hard. It means employing the gift of the gab. Everyone’s buying gifts and when someone comes in to purchase a litre, we’ll entice them to buy a 70cl option. Famous Grouse is £15.99 PMP, we’re selling it £11.99, so it’s an attractive deal for them.”
Due to the nature of his business, Faisal buys in much bigger volumes than most convenience retailers and shops around to get the most competitive deals he can, but there’s much more to think about than price, he said.
“We try to offer products that you don’t see everywhere, especially at this time of year. Cairn O’Mohr wines will do a Christmas edition. They’re local and we’ve stocked them for 20 years. They supply Tesco and Asda now, which has hit sales a little bit, but they don’t stock the whole range, like we do. So when a customer wants Cairn O’Mohr, they come to us.

“Edinburgh Gin is another one that has excelled for us. When it came out, not everybody had it and people from Aberdeen drove here to get it.
“Products like these give us a unique selling point. If I’m selling something 20p or 30p cheaper than another retailer, that might mean nothing to the average customer. But if I’ve got something that no-one else has, customers will come to me, some from quite a distance.”
The store is increasing its range and improving its displays for Christmas, multiplying the facings of key brands to give them more visual impact.
“We went on Ebay and got some LED lighting strips to put on the shelves,” said Faisal. “The difference little things like that make is fantastic. You’re never going to get an accurate figure as to how many extra sales it’s got you, but it adds to the pleasurable experience for customers.”
Key to enticing customers through the door in the first place is social media, on which Faisal is tremendously active, relying on it as his only means of advertising.
“For Christmas we’re using it to advertise gift ideas like our prosecco and chocolate gift box,” he said. “We put it up on Facebook just last week and very quickly had 12 orders. 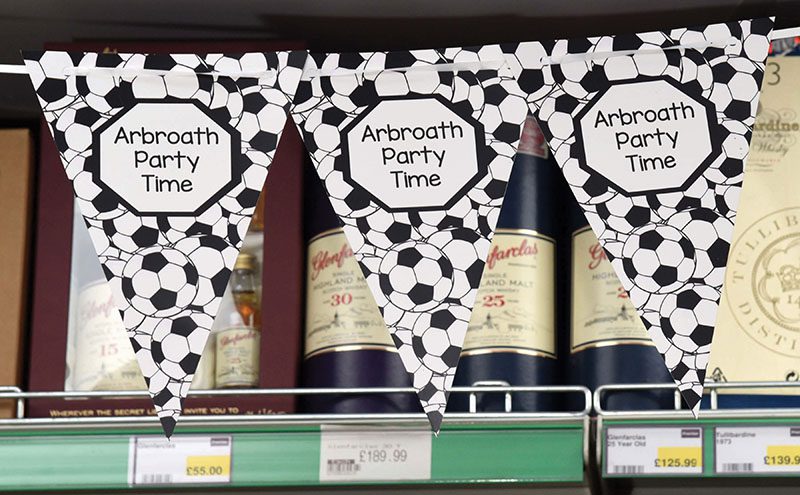 “It’s the first year we’ve tried them. I just spotted it on the Booker website. The margin is really low and most retailers would think it’s not worth it. But the point is to make customers realise that we have new and interesting products.
“We also do competitions, which spark a lot of interest, and fund-raising for local causes. Facebook is great at Christmas. Everybody’s on their phone, online shopping is rife. We’re going to focus a lot of our Christmas activity online.
“We have three-litre bottles of Smirnoff that we’ll be raffling off every week up until January. And we’ll be getting Christmas hampers made up with shortbread, champagne and mulled wine, that people can order through the page.
“Once we’ve decorated the shop we’ll put the pictures on Facebook to let everyone see.  We like to do that kind of thing. It interests the customer. You’re not necessarily going to greatly increase sales with a bit of tinsel, but it shows the shopkeeper is enthusiastic and customers appreciate that.”