In our first of two Christmas, New Year and winter holiday season drinks features we look at some of the main trends of Christmas and seasonal drinks markets and list some of the biggest-selling beers, wines, spirits and other drinks in the Scottish off-trade. And we hear from companies about new launches ahead of Christmas and their festive season marketing plans, especially on spirits and soft drinks. Next issue we’ll look at how some retailers and the beer brands view holiday season drinks.

IT’S the season to be merry, according to centuries of tradition backed by millions of pounds worth of advertising and marketing investment.

But are Christmas drinks a major area of commercial opportunity and if so how can retailers realise the potential?

4.2m number of consumers trying a product or brand for the first time at Christmas 2015

Well the big drinks companies seem ready to make the case for Christmas more than ever. Regardless of economic uncertainty the festive season is, for consumers, a time of major celebration, socialising, gift giving and indulgence.

Earlier this year drinks firm William Grant & Sons UK published its annual market report covering both the on and off-trades in the UK.

It devoted a section to seasonality and events, analysing trends using findings from Nielsen and other specialist researchers.

But, it noted, Christmas remains the largest and most influential sales period.

In the off-trade it said consumers are more likely to trade up to what are seen as higher quality drinks.

And some sub-categories perform much better at Christmas than at other times of the year. Liqueurs and specialities increased the share they take of the overall off-trade drinks market by 70% over the Christmas period. Malt whisky grew its share by almost 60%.

And there were some on-trade influenced trends that could very well have an effect on shop sales too.

More than 4m consumers were said to have tried a product or brand for the first time last Christmas – a figure that was up from 2.4m the year before.

Some of those may well have been the craft products that have been booming in a number of drinks categories, especially beer and gin. And that could present both a great opportunity and perhaps a challenge for off-trade retailers this year, especially in c-stores where space is at a premium. 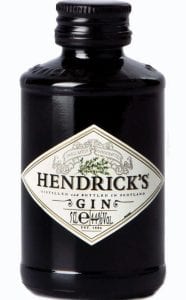 Retail giant Tesco says demand for craft beer at its stores has rocketed by 130% and now, just ahead of the Christmas run-in, it has increased its range to more than 30 craft beers, including Scottish produced beers from Brewdog and Innis & Gunn, in hundreds of its c-store-sized Tesco Expresses.

But in many of Scotland’s independent c-stores the magic of Christmas sales will be down to getting the balance right. They’ll sell Scottish off-trade’s biggest selling drinks brands – including beers like Tennent’s, Budweiser, Stella Artois and McEwan’s, spirits like Smirnoff, Glen’s, Famous Grouse and Whyte & Mackay, and wines such as Hardys and Blossom Hill. But they will also stock some key gift lines like malt whiskies and premium spirits – which come in a widening range of sizes, as well as sparkling wines, especially Prosecco, and speciality spirits and liqueurs, along with key soft drinks, mixers and waters. Find out what brand owners plan, starting today in the first of our Christmas drinks specials.