EDINBURGH-based co-op Scotmid described its performance in the first half of the year as positive, in a sluggish market that is marked by uncertainty, as it announced it had achieved  just under £2m trading profit for the six months  to the end of July.

The profit was up slightly on the same period the previous year and was earned on turnover of £185.5m, which was up from 181.4m the year before.

The firm said that as well as the general uncertainties caused by the Brexit referendum, Scotmid’s retail businesses had faced up to price deflation, lukewarm consumer sentiment and additional costs from the introduction of the National Living Wage. 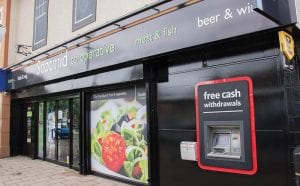 Scotmid chief executive John Brodie said: “Against this background and that of a declining Scottish market our retail trading businesses delivered good performances. The Scottish Retail Consortium reported a 1.6% average reduction in like-for-like sales in the six month period. In this context our food convenience business performed well, with turnover growth driven by differentiation initiatives such as bakery and food to go helping to offset the market decline.

“However, the last six months has seen the magnification of general market uncertainties both in the lead-up to and after the result of the Brexit referendum and we anticipate that the uncertainty will continue until the shape of the UK’s terms of exit become clear. Consequently, we expect the second half of 2016 to be equally or more challenging with the full cost impact of the NLW.

“This will also continue into 2017 when we face further cost increases including the apprenticeship levy.”