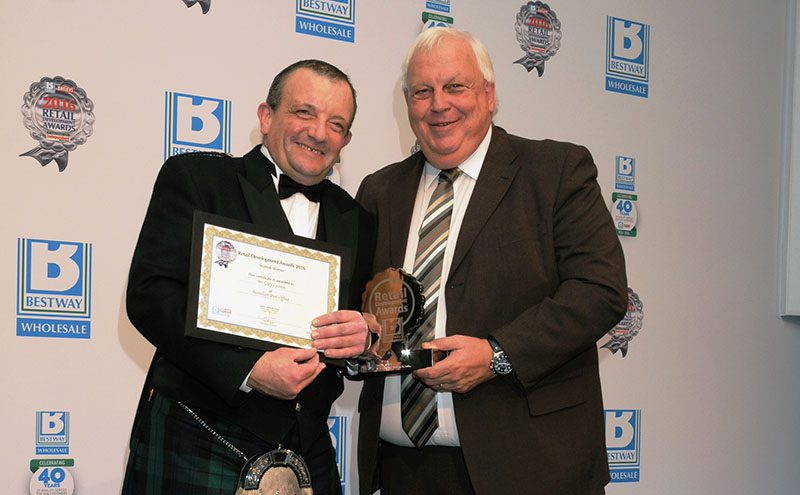 INDEPENDENT community retailers from Perthshire and North Lanarkshire were among the winners at Bestway Wholesale’s Retail Development Awards, held at the Grosvenor Hotel in Park Lane, London.

The annual event, hosted by Bestway Wholesale’s managing director Martin Race, saw over 500 staff and guests pay tribute to retailers who attended three two-day Retail Development Seminars earlier in the year and took what they’d learned back to their stores.

A prize fund of over £32,000 was shared among the winners, among them Scottish national winner Gary Casson of Burrelton Village Store & PO, Burrelton in Perthshire, and Scottish runner-up Abdul Rashid of Salina Minimarket, New Stevenson in North Lanarkshire.

Martin Race said: “It’s no secret that it’s tough being an independent retailer these days. It’s even tougher to stay ahead as the multiples, discounters and symbol operators see your success and come gunning for you. That’s why the RDAs are so important to us as a company – to give retailers the category insight and latest shopper trends that help them become better businesses.

“The winners of the Retail Development Awards are not only fantastic retailers in their own right – and shining examples of all that is good in convenience retailing – but they also serve as testimony to other independents who are being challenged daily that independent retail is thriving if they get their customer proposition right.”