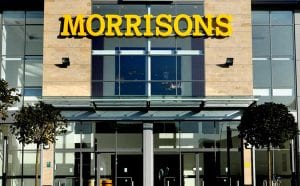 SUPERMARKET firm Morrisons has reported like-for-like sales growth for the third quarter in a row as well as a 13.5% increase in half-year profits to £143m in the six months to 31 July.

The company, which has been making major changes under chief executive David Potts, said: “Continuous listening programmes and delivery of six priorities are improving the customer shopping trip and stabilising like-for-like sales.”

New partnerships had been announced with Amazon, Timpson and Ocado and cost savings are now expected to exceed its £1bn target by end of its 2016/17 year.

It said it was confident of  meeting targets but acknowledged there are uncertainties about imported food prices.