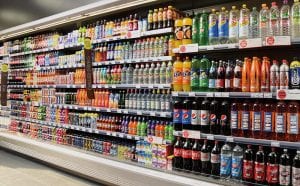 NEARLY 2,000 independent retailers have thrown their weight behind a campaign against the proposed levy on sugary soft drinks.

‘Face the Facts, Can the Tax’ is a campaign against the Westminster Government’s plans for the tax, supported by a coalition of soft drinks manufacturers, businesses and retail groups including the BDSA, SGF and NFRN.

As part of a ‘Day of Action against the Sugar Tax’ on September 16, thousands of shopkeepers across the country displayed posters in their stores warning that a potential 58p price increase on a two-litre bottle of a sugary soft drink could result in the closure of local shops and job losses.

Since then, the NFRN reports that almost 1,500 store owners have filled out a postcard to Chancellor Philip Hammond registering their objection to the proposal and saying no to the tax. Almost 500 have written to their MPs.

Calling on other retailers to join the campaign, NFRN chief executive Paul Baxter said: “We and our 15,000 members recognise that the obesity problem must be tackled and we support the government’s desire to do so. But what we want is a solution that will not have such a detrimental impact on small shops.”