Next month we can expect analysis and research from a number of companies about Halloween’s effect on retail sales. What did they say about last year and what could that mean for retailers planning for the first big event of autumn and winter? 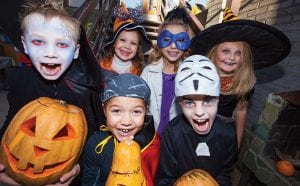 Families love Halloween and their spending last year helped boost the autumn events market according to research firm Mintel. Looking at sales from the back-to-school period up until the start of the Christmas buying season, Mintel retail analyst Alice Goody said: “The value of autumn events rose by an estimated 5.8% in 2015, driven by increased spend on Halloween among young families.”

44% of UK adults will spend on seasonal products

It also said 40% of consumers spend on Halloween. The retail boost from Bonfire Night is relatively small and is overshadowed by Halloween and the pre-Christmas build-up, it found. And millennials, those born in the late 1980s and the 1990s, spend heavily on Halloween, Mintel added.

Verdict Retail research found that women are more likely to make a Halloween purchase but men will spend more.

Ahead of last year’s event, senior analyst Kate Omrod said that 36% of women planned to spend compared to just 23% of men, but that men would spend £48 which was £20 more than women intended to spend.

Online marketing blog Pro Foundry predicted £300m would be spent on Halloween in the UK last year, up from £240m the previous year.

It said that 44% of UK adults would spend on seasonal products with 55% of shoppers planning to buy fancy dress.