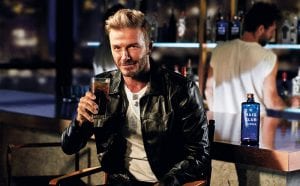 FOLLOWING the launch of Haig Club grain whisky in 2014, the Haig Club range has been extended by the introduction of Haig Club Clubman. It’s another single grain whisky, developed in brand partnership with footballer David Beckham and businessman Simon Fuller, which maker Diageo sees as ideal to mix with cola.

A permanent addition to the range, it is available now at an RRP of £25. The original Haig Club currently typically sells at £40 to £45 a bottle.