Adeil and his brothers Akeil and Hassib run the family’s stores, all are directors and their dad is managing director. Their mum and Adeil and Akeil’s wives are also involved.

The store is actually housed in a 6,000 sq ft building that was a Co-op and the town’s first supermarket. The family business, which bought the property in 1996 and had one of the first KeyStores on the site, had leased it out but took it back and redeveloped it as a Family Shopper in 2013.

It also has a Premier store nearby and has plans to further develop the Family Shopper site.

THE Family Shopper in Motherwell’s Airbles Street, which has built up a good business since it opened in 2013, follows, in most ways, the standard Family Shopper plan. It has a carefully selected product range that’s not as wide as a regular convenience range. It emphasises own-label, value products and many brands on attractive deals.

But, interestingly, when they took over the store the brothers Adeil, Akeil and Hassib Hussain identified roll your own tobacco and, especially, tobacco accessories as product categories that should receive special care and attention.

It’s an approach that led to the store being named Scottish Grocer Tobacco Accessories Retailer of the Year for 2016, an award run in conjunction with tobacco accessories specialist supplier Republic Technologies (UK), the firm behind the Swan and ZigZag brands.

These days, the shop has a tobacco accessories selection that meets a full variety of RYO smokers’ needs. And, as a result it has a considerably wider range than you might find in a regular c-store. But one of the first acts Adeil carried out in the new store had been to get rid of several products that had previously been sold alongside tobacco.

“When we took the shop back I noticed that the tobacco accessories category was massive,” he explained. “There were bongs, there were grinders, there were legal highs. There was just everything that was anything.

“I didn’t like that. And especially with the demographic here being quite elderly the customers didn’t have to say it to me for me to realise that they weren’t very keen either.

“So, on the day that I took over I chucked all that stuff in the bin.

“However, the roll your own market is on the increase and it has been for a number of years. I saw that as an opportunity. But I wanted to have the right things.”

There was another reason for quick work – he wanted to make an impact before the goods had to be hidden away. 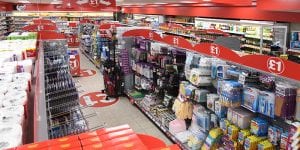 “This was back in 2013, so we knew that the blinds were coming down. We had to get those things in from day one so that we could start marketing them to the customers.

“The preconceived notion that I had of a rolling tobacco customer was somebody that was male, perhaps in their 50s or 60s, looking to save some money,” Adeil said.

“However I was completely dumbfounded when I found there were guys who were 18 to 25 buying RYO tobacco, there are females buying RYO, there are elderly people and there are middle-aged people.

“It’s big for the student market. We don’t have a massive student population here. But we do have students who live at home and travel to Glasgow. And those who smoke often buy RYO products.

“It’s not just students of course, a lot of the people who buy RYO want to get the paper of their choice.”

And they certainly have a choice at the Family Shopper.

The main tobacco gantry is supplied by JTI. Next to it is a separate shelving fixture which holds tobacco accessories as well as some other tobacco items that don’t make it into the main gantry.

“We have Raw, we have two types of Highlander, sometimes three, depending on availability. Then we’ve got Rizla Micron and Rizla Silver in king-size and super king sized.

“We usually have Rizla Blue in the king-size and super kings and Rizla Green as well.

“In filter tips we have ultra slim, extra slim, and slim and we have menthol tips.”

Most of the stock is available through Booker but he also uses a specialist supplier when necessary.

Like all tobacco retailers Adeil and his brothers, others in the family and other staff who work in the shop have the difficulty of maintaining stock availability and delivering quick service to customers in an environment where they now have to hide tobacco and related products away. So how does our tobacco accessories award winning store deal with that?

“So when you do a report it should show you if something is going out of stock.” 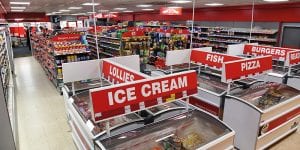 If it’s supplied by Booker it goes on the next delivery if it’s something else he’ll ask the specialist to drop by. It’s a simple system that works well and store staff know to keep an eye on things too.

“The cigarette gantry is laid out to the JTI planogram. It is a JTI gantry after all,” Adeil said.

“For accessories we can do what we want. The system is that the items we sell most of are placed at the most convenient place. The papers, tips and similar items are placed on the three closest shelves. The regular size papers are on the first shelf, then is the larger papers, then it’s the tips.”

And then there’s compliance, of course. How does the business keep up to date with the ever-changing world of tobacco retailing regulation?

“Well I read the trade magazines, and Booker is very good, there’s an update every week. The emails come to me and to Akeil and Hassib so all three of us see them right away.

“If there is anything of importance I will say to the staff. If something is completely changing then I will print it off or send them an email. Afterwards I will check with them and have them sign off on it.”

RYO has been a very active market recently and we’re now in the year long transition phase to the new regime where only packs of 30g or more will be permitted to be sold. How have those market developments played out in store?

“As far as tobacco itself goes it’s the main ones that we are selling and then maybe some other ones like Drum.

“We did try Natural American Spirit but it didn’t do very well.

“Our biggest-selling RYO product has always been Amber Leaf, until recently. But Players has been catching up with it. Amber Leaf was at the top in 2014 but last year Players started getting very close to it.”

A major part part of the Players success among the store’s RYO customers has come with large-sized 50g packs.

Given that mainstream RYO brands do well in the shop and that many now come with papers in the pack does that depress sales of papers and other accessories?

“Not really, the people who are inclined to use papers are still buying them. Not everyone, but maybe 40 or 50% are still asking for papers as well.

“They ask for ZigZag, for Swan, for one of the thinner papers, or for Highlander.

“And one thing they don’t include with tobacco is filters. The only one that does include filters is Amber Leaf Three-In-One. So the filters sale hasn’t really taken a dive.”

Is there anything that has especially surprised him about the tobacco accessories retailing scene in recent times?

He said: “I guess what surprises me is how little some retailers see it as an opportunity, to be honest.

“Margins on accessories are a lot higher than on tobacco itself.

“And it helps retain customers. They may not be coming in for the papers or the filter tips, they may be buying £20 worth of other things. But, if I don’t have that item then maybe they will think ‘Oh well we’ll go to the Spar down the road or go to Asda’. So because of that one item I don’t stock I may end up losing £20 or £30 of sales.”