SCOTLAND’S convenience retailing community has reacted with shock and dismay to the murder of Glasgow newsagent Asad Shah.
The 40-year-old was killed – in what was later reported to be a sectarian attack – just hours after wishing friends “a happy Easter” on Facebook.
Mr Shah was discovered with serious injuries close to his shop in Minard Road, at around 9.05pm on Thursday 24 March 2016.
He was taken to the Queen Elizabeth University Hospital where he was pronounced dead on arrival.
Police Scotland has since confirmed that a 32-year-old man has been arrested in connection with the death.
On Friday, the National Federation of Retail Newsagents offered its deepest condolences to the family of Mr Shah.
David Forbes, NFRN Scottish President, said: “I am shocked and saddened by the murder of fellow member Asad Shah.
“I also want to express the NFRN’s grief for the loss of Asad, to the wider Shah family, on this very sad day.”
Paul Baxter, NFRN CEO, added: “My thoughts and prayers on this Good Friday are with Asad’s family and those who knew him as a fantastic friend.” 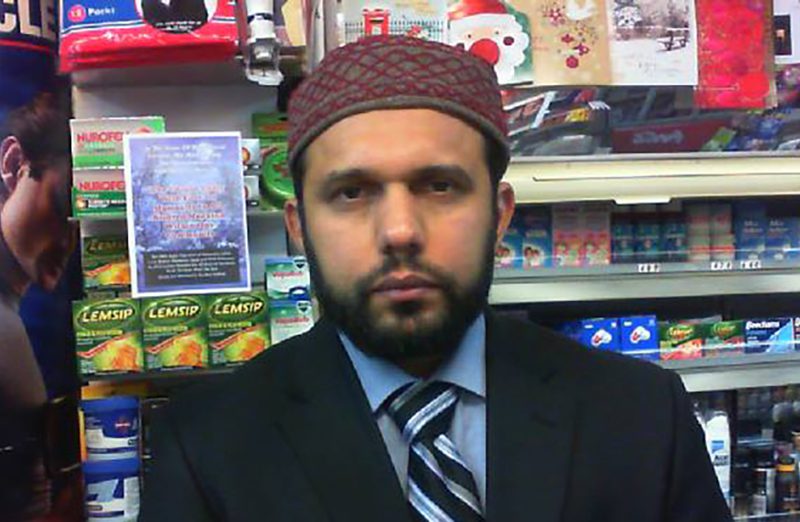 The Scottish Grocers’ Federation, which has been campaigning for increased legal protection and a safer working environment for retailers, issued its own release on Friday.
SGF President Abdul Majid said: “As a retailer I know that this type of horrific crime impacts not only on the victim but on their family, customers and the community. Our thoughts are with Mr Shah’s family and I can say that if there is anything we can do to assist them through our benevolent fund we will do so with the utmost urgency.”
SGF’s Chief Executive Pete Cheema added: “Our recent crime report showed that almost 25% of retailers in
Scotland experience violence and intimidation on a daily basis and we are working closely with senior officers from Police Scotland to address these issues.”
More than £90,000 has already been raised for the family of the murdered shopkeeper through a crowdfunder set up by some of his regular customers.
The ‘Support For Mr Shah’ campaign can be found here: www.gofundme.com/supportformrshah