CHEDDAR cheese remains a staple of Scottish larders, according to Graham’s the Family Dairy, and it says that even though the overall cheddar category recorded a dip of 5.8% in 2015, its own share of the £126.6m market doubled.
A spokesperson said: “The trend within cheddar is towards branded products that offer consumers quality assurance, and this is an opportunity for c-stores as well as for a brand like ours.
“This is underlined by the fact that last year’s dip in sales was led primarily by own-label cheddar, which shrank by 7.8% in 2015.
“Our mature cheddar is our most popular variety. However, our mild red and extra mature cheddars also sell well.”
Turning attention to that other dairy staple, milk, the spokesperson said: “Over 6,000 customers stock Graham’s branded milk products.
“We first started raising Jersey cows more than 25 years ago and since then have increased our herd to over 300 milking and 300 young stock, to ensure we meet demand.”
Graham’s sees the growth of spreadable butter as a recent key trend in the dairy market.
The spokesperson continued: “Our share of the spreadable butter market in Scotland has increased continually since we introduced our range in 2014.
“We currently lead this market, a position which has been driven by new shoppers and existing shoppers buying bigger baskets.
“Around 96% of the spreadable butter sold in Scotland is produced elsewhere and this is something we’d like to change.
“Due to the success of our Gold milk range, which accounts for 7.5% of all milk sales, we are developing Gold Top Spreadable Butter which is performing well in taste trials.” 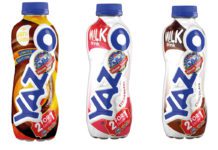 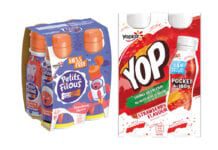 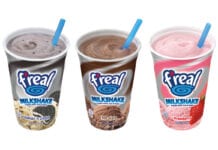