Industry responds to ‘shape up’ message from FSS

FOOD industry bodies and c-store retailers have reacted with concern to growing calls for the introduction of a sugar tax.
As reported by Scottish Grocer last month, Food Standards Scotland – the country’s new public sector food safety and nutritional policy body – has said it will join those calling for a sugar tax if food and retail industries can’t come up with a plan in the next year to dramatically improve the Scottish diet.
In response. David Thomson, CEO of the Scottish Food and Drink Federation (SFDF), said sugar tax was not the answer, but the food and drink industry wanted to play its part in the solution.
“The best and most effective way to do this is working in partnership with industry to encourage people to eat appropriate portion sizes, reformulate high fat or sugar products to reduce energy and educate consumers about the food they are eating.” he said. 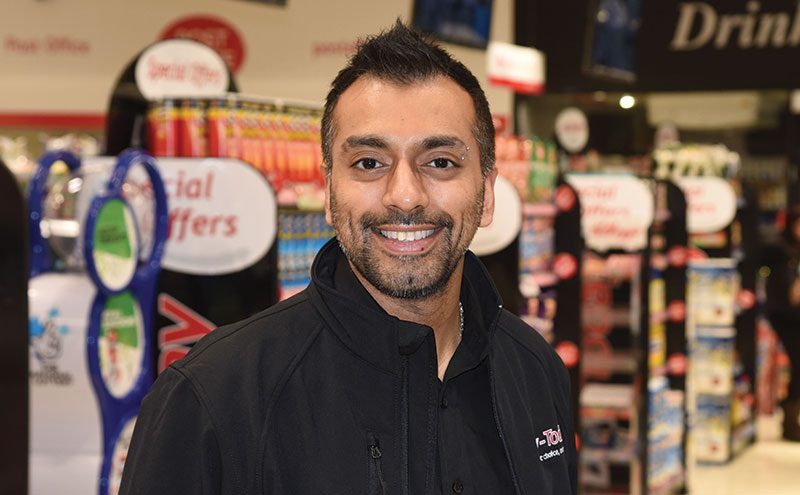 “Rather than taxes, bans and other blunt policy tools, we need a programme of powerful behaviour change to push the needle on obesity.”
Fife-based Nisa retailer Harris Aslam said the question of how to encourage healthy eating was a problematic one for c-stores.
“Confectionery is a key category for us and we do promote it, we do upsell at the tills, because upselling works when it’s a treat. We tried it with fruit and it didn’t have the same effect,” he said.
“We can’t afford to limit ourselves. Like with meal deals. We’ve included fruit, so that customers have the option, but it’s essential to have snacks and sweets in the mix because that’s what the mults have in their meal deals. If somebody wants a chocolate bar and we’re not offering it, they’ll just go to Tesco.
“Maybe a sugar tax would have an impact, but I’m still firmly of the opinion that education would do a lot more.”
Sak Gosal, of Day-Today Beith, said it was important for retailers to play a role in educating customers, but that changing habits takes a long time.
“I think the sugar tax will definitely happen and could actually make a difference, but if someone wants a product they’ll still pay the price for it,” he said.
“People who like a can of Irn Bru aren’t going to be put off by a few extra pence. We’re all creatures of habit, that’s the thing. It’s not something you can change overnight or even in a year. It takes time.
“We stock all the new reduced-sugar products that are coming out, but people don’t like them. They don’t taste the same. We have plenty of fruit and veg with the Healthy Living label, but at the end of the day, it’s the same story – taste kills. They should put that on warning labels.
“We’re the ones selling the products so we should play a big role in educating customers, but it’s tough. You can offer them something else, but you can’t keep bombarding them or you’ll lose them.”