Established in September last year, Booth’s General Store in Carmunnock is a business with one foot in the past that may point the way to the future of community retailing.

CARMUNNOCK is the only remaining identifiable village within the City of Glasgow boundaries. A community of around 1,500 people it boasts a rich history, heritage trail and great views of Ben Lomond. But what it didn’t have, until just a few months ago, was Booth’s General Store. 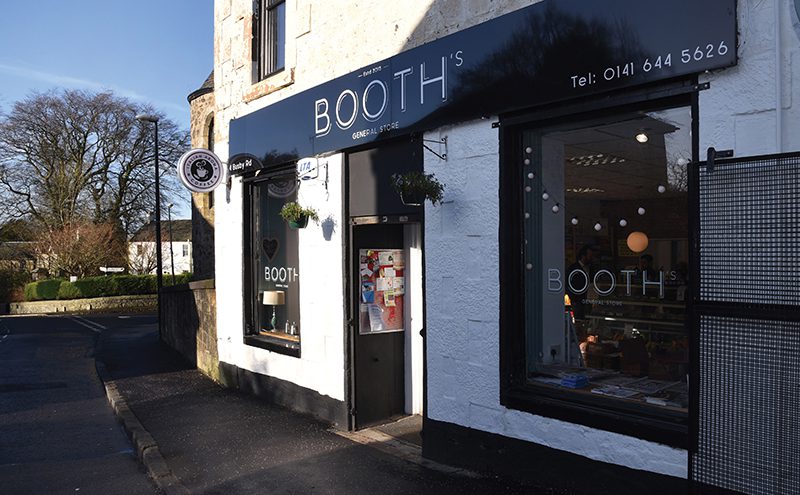 A new venture for husband and wife team Chris and Sarah Booth, the store, located next to the Parish Church, combines the range of a basic convenience store with bakery, butcher, café and ice-cream parlour. In Sarah’s words, it offers “a wee bit of everything”.
Before opening the store, the couple owned a soft-play centre in Maryhill. And though they had lived in Carmunnock for several years, they didn’t really feel a part of the village.

“Older people in the village like that we’re bringing back some of the things that they remember from going to the shop 40, 50 or 60 years ago”.

“We just went to work in the morning and came home at night,” said Sarah. “We didn’t really get involved in the community, so most people didn’t know us.” 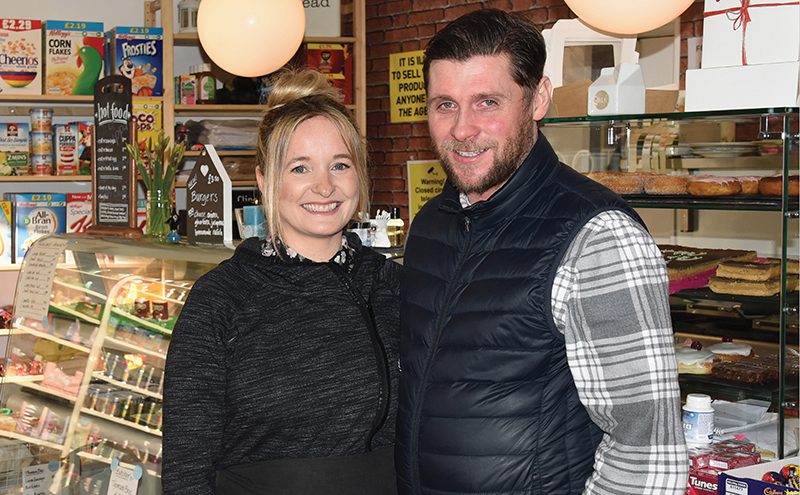 Husband and wife team Sarah and Chris Booth run the store full time with help from one other part-time member of staff. Home-made millionaire shortcake, old-fashioned sweetie jars and the gelateria have helped to bring in new customers, while necessities like newspapers and pet food have helped retain the old.

That all changed when they sold their soft-play business to Lidl and realised they had an opportunity to open something in the village that would cater to the needs of local people.
“There was a shop, but just a wee convenience store,” said Sarah. “It was in need of a revamp and we’d heard through the grapevine that the owner was keen to sell so we made him an offer. 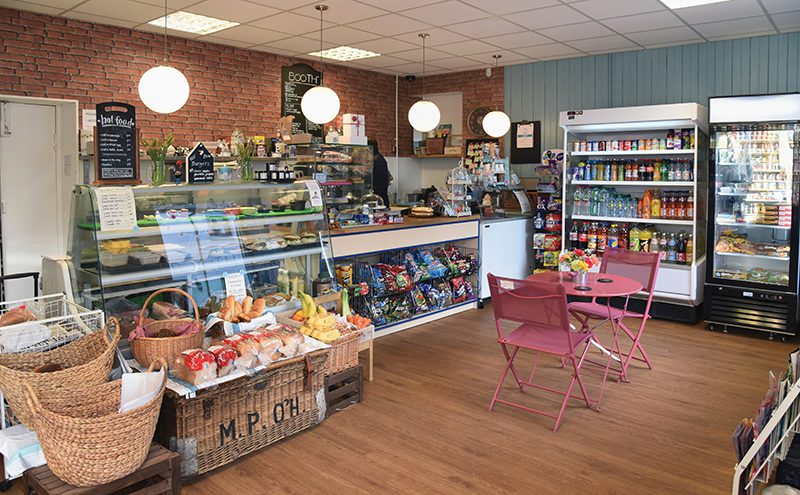 “We thought we could add to it. We didn’t use it ourselves, but we thought we would use it if it had a wee bit of everything, if it was fresh and if it was reliable, if you knew you could always get what you wanted.
“I can remember coming home from picking up the kids after work and just wishing there was somewhere I could go to buy something for the evening’s tea without all the hassle of going to the supermarket. That’s one of the things we really wanted to provide here.” 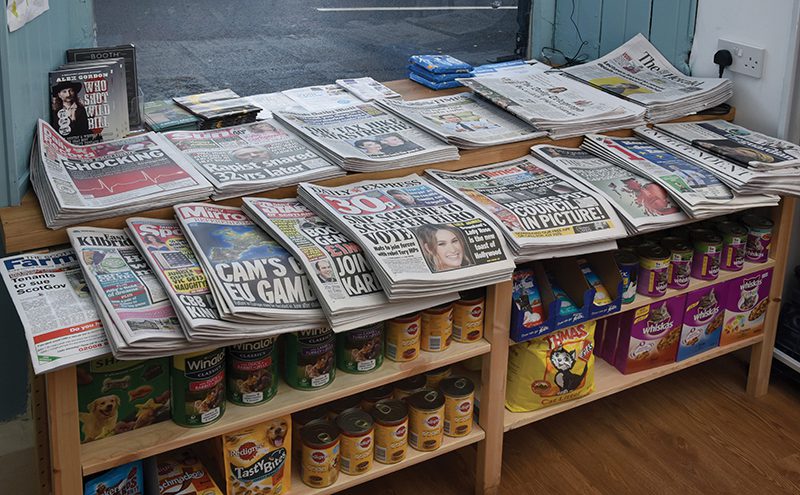 The property was completely overhauled inside and out, getting away from the modern c-store aesthetic and aiming for something more traditional, in the vein of a tea-room or coffee shop.
While it still offers a broad range of confectionery and convenience staples like pet food, frozen food, soft drinks and grocery, value lines have been discontinued. 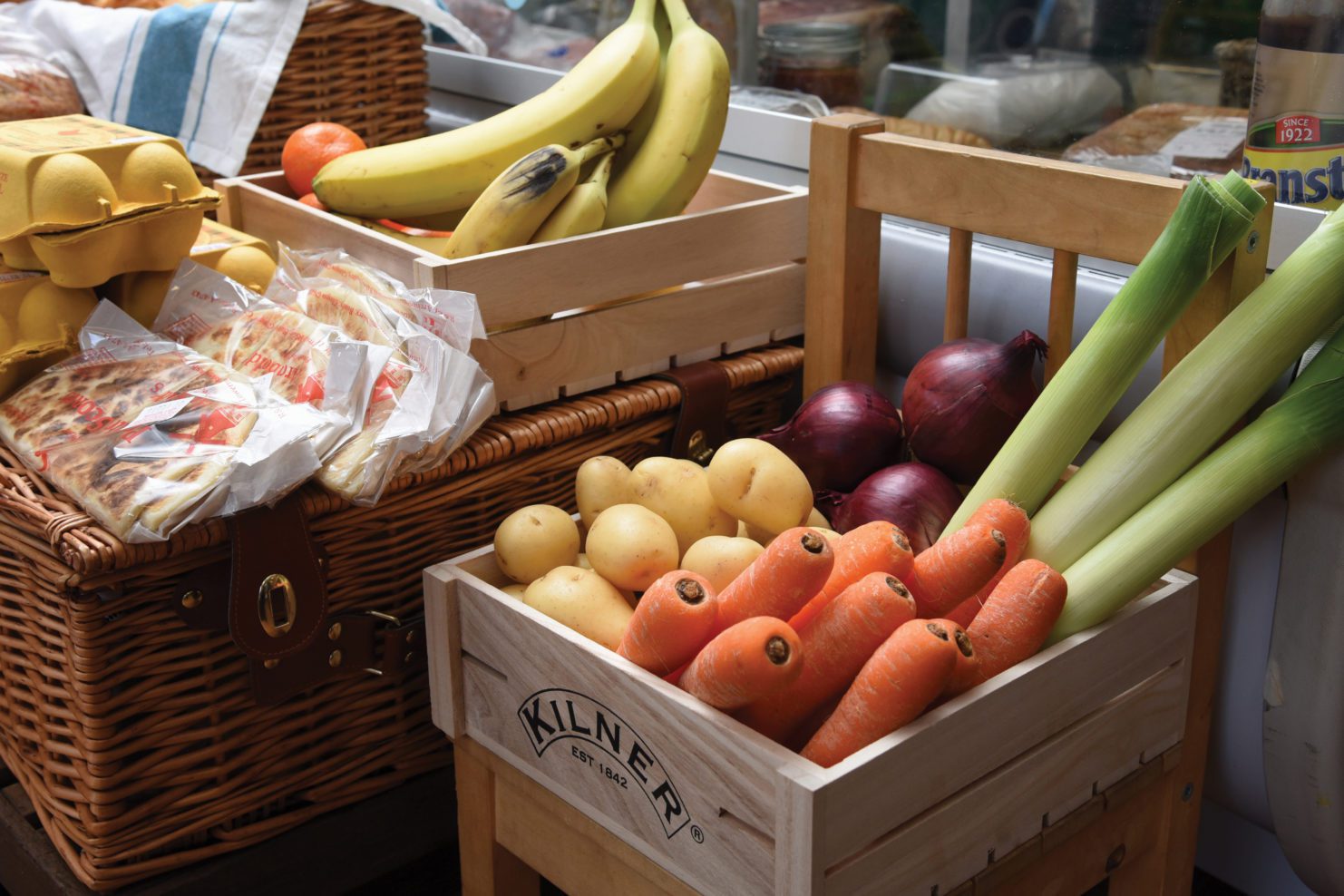 “We got rid of all the own-brand labels and the value stuff. We didn’t want to be associated with any chains and this is quite an affluent area,” said Chris. “The people who live here generally don’t mind paying a bit extra for quality products.”
What Booth’s specialises in is local produce. Fresh-baked bread is provided by Newlands Bakery, butcher meat from Thomson Bros of Giffnock and ice-cream from Porelli’s. Independent local suppliers provide home-baked cakes and scones, while even the vegetable range is seasonally supplanted by the harvest of local growers. A quick scan of the shelves reveals speciality aromatherapy oils, paperback mysteries by a local author and the pricing list for a dry-cleaner, for which Booth’s is a drop-off point. 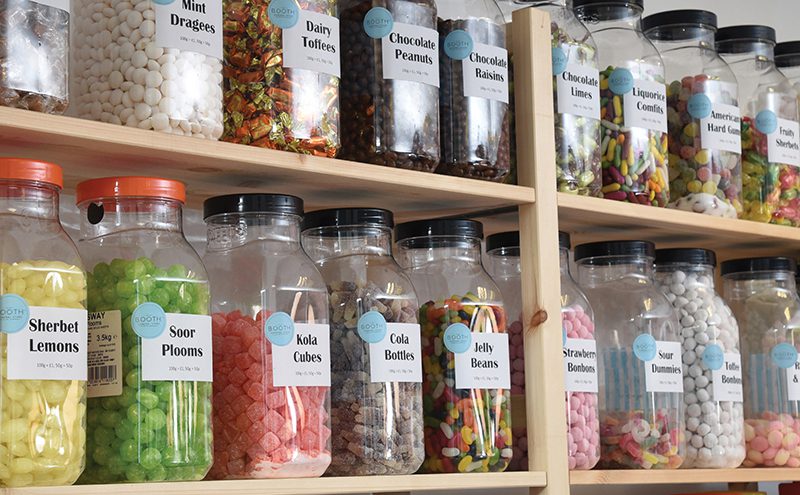 “We just want to give customers what they want, and if anyone in the village has a talent we’ll exploit it, in the nicest possible way,” said Chris. “We’re not here to reinvent the wheel. We started from a good base and we’ve just added to it.”
What’s perhaps most striking about Booth’s is the sense of nostalgia it evokes, even down to the price stickers on products – a deliberate choice by Chris, inspired by his days wielding a pricing gun for Castle Cash & Carry in the 1980s.
“Nostalgia’s very important,” he said. “A lot of older people in the village like that we’re bringing back some of the things that they remember from going to the shop 40, 50 or 60 years ago. And it’s nice to hear that you’re doing something that people really like.” 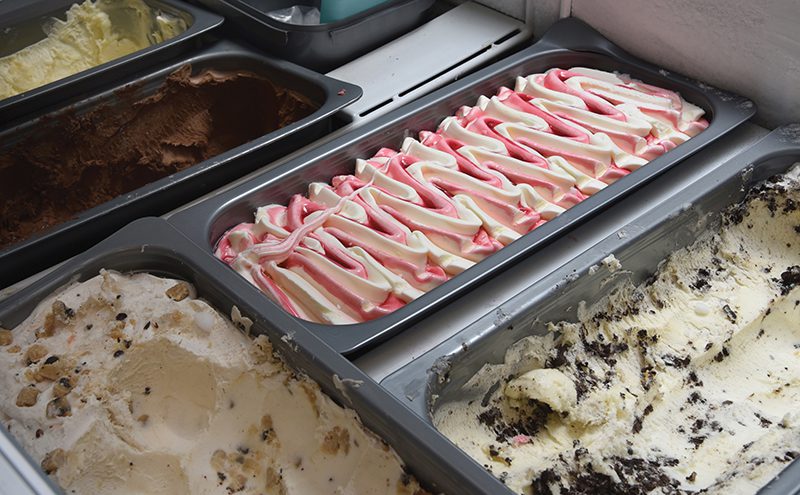 Since its opening, Booth’s General Store has been warmly embraced by the local residents. So too have Chris and Sarah, becoming engaged with their community at a level they never quite expected and learning things about the village they never knew before. The couple are now looking forward to the summer and further opportunities for the store to establish itself as the heart of the community. 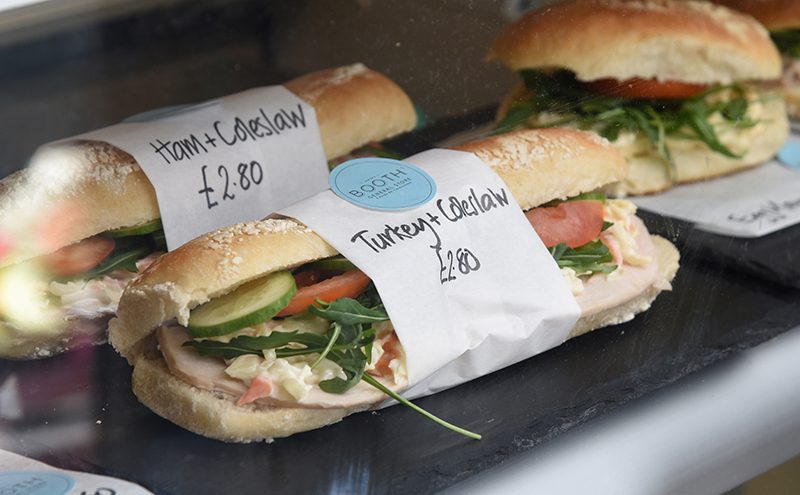 “Before we had the shop I wanted to move away, because I felt like I spent my whole life in the car,” said Sarah. “Now, having made the change, I’m settled and I feel a part of the village. It’s a big difference. It’s hard work and I’d probably like more holidays, but I love it.”