IRN-BRU brand owner AG Barr says the big-selling brand and many of its other soft drinks play a key role in impulse stores across the country as part of Scotland’s £793m soft drinks market. 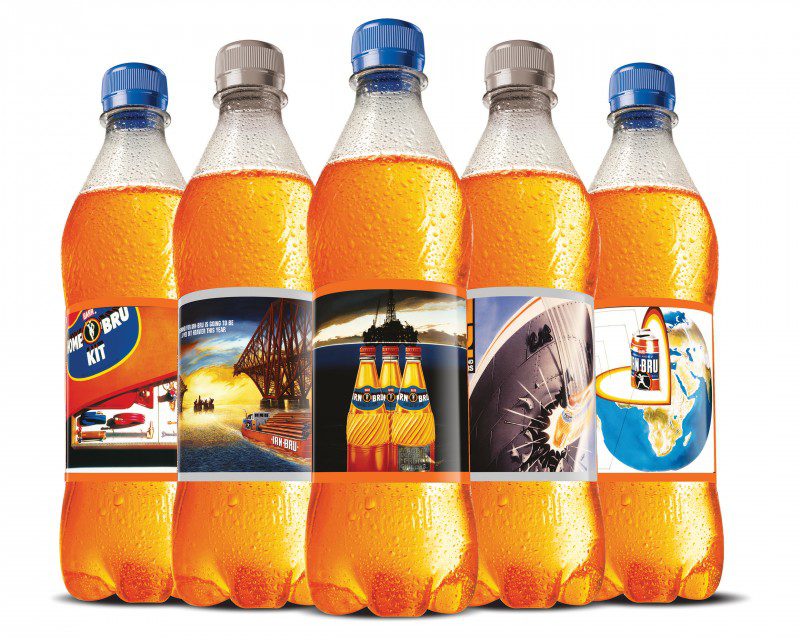 But it’s also keen to stress that it sees its own continuing marketing support for its brands as key to ensure that consumers act on impulse when they see the lines in stores.
And Irn-Bru leads the way in that support.
The number-one Scottish grocery brand in Scotland, recently celebrated the 30th anniversary of its ‘Made In Scotland from girders’ campaign with the launch of a range of limited-edition packs featuring five of the posters.
“Made in Scotland from girders was Irn-Bru’s award-winning, longest-running poster campaign which still strikes a chord with consumers today,” said Adrian Troy, head of marketing for AG Barr.
“We’re confident that the Made in Scotland from girders packs will have provided significant profits for retailers. The packs provided a phenomenal display opportunity and gave the brand its strongest ever shelf standout.”
Beyond Irn-Bru, Troy said the Barr brand is Scotland’s most popular range of soft drink flavours and stressed that the firm is helping retailers make the most of fast-growing low-calorie cola sales with Barr Xtra Cola.
“The cola market in Scotland is worth an impressive £185m, with low-calorie cola sales accounting for 57% of this and growing ahead of the market,” the marketing chief said.
“This fast-growing category represents a clear opportunity for retailers to maximise their profits.”
AG Barr has also launched a range of four-pack cans in a bid to encourage impulse purchases.
The new can packs are available in Irn-Bru regular and sugar free, Rubicon Mango and Passion, and Barr Cream Soda, Cola, Cherryade and Lemonade.