IN retail terms Easter and the other spring occasions aren’t only about chocolate. But special seasonal chocolate treats, sharing bags and gifts can contribute hugely to extra sales that a store can generate at this time of year.
What can retailers expect from confectionery firms this year?
Quoting Nielsen statistics Cadbury brand owner Mondelez International says it is the seasonal market leader with a 45.5% share of the traditional Easter market and 33.9% of spring confectionery.
This year its seasonal range will look more connected than before with themed packaging that includes illustrations of purple wrapped eggs filled with rays of sunshine.
The company says it plans to put £4m behind Creme Egg for 2016. Other single-serve lines include Cadbury Caramel Egg and Cadbury Dairy Milk Bunny Vanilla Mousse.
Sharing products include a range of Cadbury Mini Eggs packs as well as a collection of wrapped mini eggs.
Cadbury Dairy Milk Egg ‘n’ Spoon is back for 2016 in chocolate and vanilla mousse variants.
In gift products, Mondelez says Cadbury has eight of the top 10 shell eggs. It has added a small Dairy Milk egg and a Dairy Milk Bunny range to its range for this Easter as well as new variants of Freddo Faces and Dairy Milk with Mini Oreo.
Mars had both gift-giving and sharing in mind when it released new Galaxy products ahead of the season. Galaxy Golden Eggs are available in an 80g sharing bag with an RRP of £1.30 and there’s also a large egg at £5.29.
The Malteaster Bunny is back as a single-serve line as well as in sharing size and multipacks, and as a large egg. And new for this year is the Malteaster Family Pack containing four Malteaster bunnies, six mini bunnies and two bags of Maltesers fun size. It has an RRP of £3.99.
There is an M&Ms medium-sized egg with an RRP of £3.05 and a range of large eggs, including Celebrations, at £5.29. 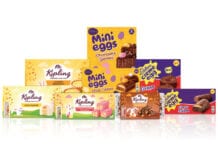 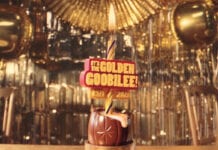 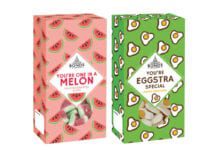