Warburtons has invested in another celebrity-studded ad, this time to promote the launch of its new Giant Crumpets.
Months on from the broadcast of ‘The Deliverers’, starring Hollywood heavyweight Sylvester Stallone, the baker has recruited the lighter and fluffier – but no less acclaimed – Muppets for ‘The Giant Crumpet Show’. 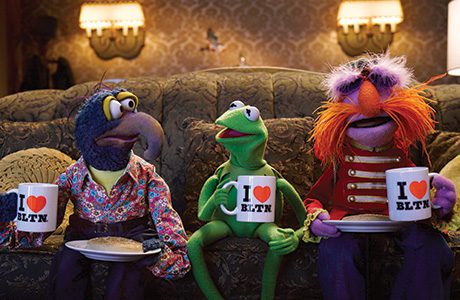 The 120-second commercial, featuring company chairman Jonathan Warburton in a dressing room tryst with Miss Piggy, is part of a £25m campaign for new Warburtons Giant Crumpets.
Commenting on ‘The Giant Crumpet Show’, Kermit the Frog said: “It’s the thickest and fluffiest production we’ve ever done.  We held nothing back, and I’m proud to say no Giant Crumpets were harmed during the making of this advert.”