The owner of Day-Today Overtown, one of the first Day-Today Elite stores to be built from scratch, discusses its first months of trading.

THE world of convenience retailing can be a daunting one to step into for the first time. If you’re aiming to open your first c-store, it might be tempting to start small. But for Shah Saleem small wasn’t an option.
A store manager with Comet for 12 years, he was made redundant (along with many others) when the company went into administration in 2012.
“I was devastated,” said Shah. “I was with them for a long time and it was a good company to work for, but once it folded I had to try and figure out my next move.
“I managed to get this opportunity through the Ashrafs of Bobby’s Store Ltd, who have a couple of Day-Today stores in the Wishaw area. They had a store in mind for a site in Overtown – it was just a drawing on a piece of paper at the time – and they asked me if I would be interested.”
There followed two years of planning and discussions, figuring out what could be done with the site, which symbol group to sign up with and other considerations, before building could begin.
“We finally got here but it was a long struggle. There were a lot of planning issues and a lot of water issues, so the actual opening day got delayed numerous times. But we’re finally here,” said Shah.
The completed store has 1,800 sq ft of floor space, and equipment and materials of the highest specifications – from the tiles up to the LED lights – all under Day-Today’s Elite fascia.
“People say it’s a pretty big project for my first convenience store,” said Shah. “But if I was managing stores doing £20m a year I’m sure I can handle this. The difference is that with a company like Comet you had everyone behind you, whereas here it’s just me. The only resource I can rely on is the symbol group. Luckily they’re very good.” 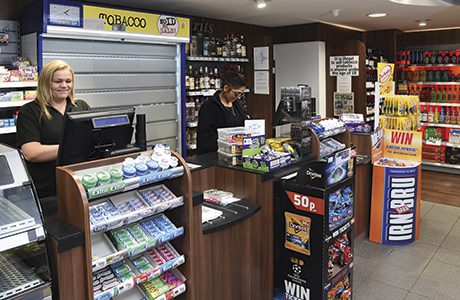 Shah said he was attracted to Day-Today by its flexibility: “For someone who’s opening a shop, spending a lot of money investing, it’s good to have someone who’s willing to be a wee bit flexible on stock and things. Plus it’s a good brand. I’d seen their Elite stores, I could see the standard they were aiming for and I wanted to be a part of that.”
Following a number of delays, the store opened during the Easter holidays. That wasn’t the time Shah would have preferred, but trading started off at a decent pace and has been increasing week by week.
“We’re trying to get the community around here to change their habits and shop here instead. With a store this size, with these specifications, they’re going to get a great shopping experience and will keep coming back.
“We are a new face around here and it will take time before we’re a real part of the community, but the customers we have are great. There’s a few we know by first name now, we know their families. There are a lot of new faces coming in all the time, people who didn’t realise we were here. The trick is to get those people to keep coming back, breaking their old shopping habits.”
Overtown is a small village, with a population of just 2,500. However, a new high school is due to be opened soon and planning permission has been granted for 900 houses, which will bring a lot of new people into the area in the years ahead.

The store is also located on the A92, which is a busy commuter road, meaning somewhere in the region of 10,000 cars – and potential customers – pass through each day.
For people who live in the village, the closest supermarkets are in Newmains and Wishaw. The new Day-Today Elite – one of the first to be built from scratch – is different. 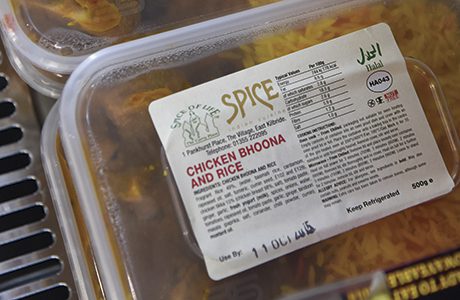 “Our main goal is to provide a better shopping experience,” said Shah. “These days I think you need to keep up with the times. You want modern technology, bright, airy spaces and really good customer service. I’m trying to implement all the stuff I learned at Comet over the years. We want to provide world-class customer service as well as having the right stock.”
With an impressive range of chilled foods, groceries and alcohol, as well as an in-store bakery, coffee and food-to-go, Day-Today Overtown is designed to be a one-stop shop, effectively a small supermarket.
“The range has come down a bit since we opened, but it’s still big. It’s all about giving the customer that choice. If we’ve got the range it’ll keep them from going somewhere else. A lot of convenience stores still don’t do much fresh produce, but that’s the path I’d like to go down. Although I can only go down that path if it’s going to be sustainable.
“We started off with Nisa chilled, being the biggest chilled range you can get, but people in the village prefer to buy what they know, so they really want local. We’ve got a few local suppliers now and I hope to keep widening that range to keep the customers happy.
“Everything we have in here is the very best. It’s classed as one of Day-Today’s flagship stores, so in terms of shelving, refrigeration, lighting, it’s all top quality. No expense has been spared,” said Shah.
“In terms of the shopfitting, Vertex were very professional. They didn’t waste any time. Refrigeration was our biggest concern. That’s the thing that eats your money away. We had some discussion over whether to get chillers with doors or without and in the end we went with doors because it’s more efficient.
“There were a lot of meetings between Vertex and myself to agree those details, pricing, timescale and the rest, but they were great throughout and I think the layout is the best you can possibly get.
“From flat ground to opening up took about a year. It was exciting to get into something new, but I’ve been in retail all my days. Whether you’re selling a TV or a tin of beans, there’s not a huge difference as far as customer service is concerned. Margins are very, very tight, but it’s a challenge I wanted to pursue. And it has been a challenge with its ups and downs, but on the whole, everything’s going well. Obviously we’d like more, but we’re working on that.”