The Westminster government has ruled out the introduction of a sugar tax anytime soon, despite a huge petition to have sugar issues debated in Parliament. 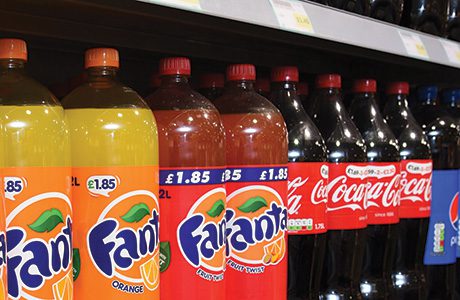 After a TV documentary by celebrity chef Jamie Oliver a campaign to have a Parliamentary debate quickly went through the 100,000 signature threshold required to force a hearing. Campaigners later reported the number of signatures  had risen above 140,000.
But in a statement the Westminster Department of Health said the government had no plans to introduce a tax on sugar-sweetened beverages.
In Scotland health is an issue that is devolved to the Scottish Parliament. However most of the responsibilities for income and purchase tax rates have been reserved to Westminster though changes to a variety of aspects of taxation responsibility are currently being worked through.
The Westminster statement said  that the government “has committed to a tax lock to avoid raising the cost of living and to promote UK productivity and economic growth”.
All taxes were kept under review but decisions were a matter for the chancellor as part of the Budget process.
It said causes of obesity are complex, and influenced  by dietary, lifestyle, environmental and genetic factors. The statement was welcomed by  soft drinks and food industry organisations.
Jamie Oliver’s website  now includes a Sugar Rush section headed up by what he calls a sugar manifesto.
The manifesto calls for a tax on sugar-sweetened drinks of 20p per litre. Such a figure would add roughly 7p to the base cost of a 330ml can. But if such a tax were applied as a duty then it would also have the effect of increasing the amount of VAT that would have to be collected. If a retailer were also to attempt to protect typical c-store margins the tax would be likely to add 10 – 11p to a 330ml can and perhaps around 60p to the on-shelf price of a two-litre sharing sized bottle of sugar-sweetened  soft drink.
Oliver also wants a product’s sugar content, in equivalent teaspoons, to be shown on  front label packaging and is campaigning for marketing restrictions.