Retail sales in Scotland were down once again in August and sales of food were again harder hit than non-food in the latest findings of the Scottish Retail Consortium KPMG Retail Sales Monitor. 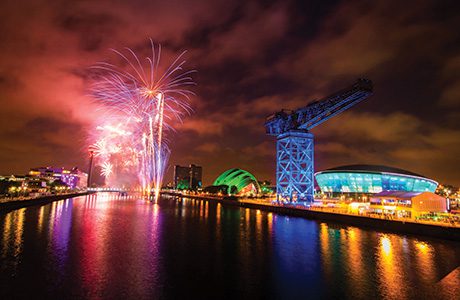 However stores in summer 2015 were always going to find it difficult to better the August 2014 outcome – as it had been one of the best months in recent years, helped along by last year’s good summer weather and events like Glasgow’s Commonwealth Games.
In August 2015, total Scottish retail sales (food and non-food) decreased by 2.4% compared with August 2014. Like-for-like sales were down by 2.9% on last August, when they had decreased by 1.7%.
Adjusted for deflation measured by the BRC-Nielsen Shop Price Index, total Scottish sales decreased by 1.1%.
Total food sales were 3% down on August 2014. However while the decrease was significant it wasn’t as great as the figure in July when total food sales had been down 4.5%, which the SRC KPMG Retail Sales Monitor team said had been the worst result in 16 years.
David Martin, head of policy and social affairs, Scottish Retail Consortium, said: “Although retailers had a tougher time during August getting consumers to spend, the three-month rolling average for total sales was the best recorded since May and suggests a general improvement across the longer term. Nevertheless, the trading environment remains incredibly challenging for retailers, especially for those selling food.
“Against this difficult backdrop, government-inspired costs continue to rise. This toxic combination has resulted in significant retail casualties with more announced this month.”