WHILE many of the brands and product categories that do well from the big night in remain bullish about sales to folks who entertain at home, some firms do recognise that the economic climate is changing and that it might have some effect.
Dr Oetker, which markets the Chicago Town and Ristorante pizza ranges, has acknowledged the developments but it’s convinced that major big-night-in opportunities will remain.
“There is evidence of consumers spending more money on eating out of home,” a spokesperson said.
“We do however see big nights in and family entertainment nights remaining a key part of 2015 as broadcasters continue to invest heavily in reality and talent shows. In addition there are some major DVD film releases such as the box office smash Jurassic World in October 2015, all of which continue to drive big nights in. We see this trend continuing in 2016 as there are also a number of major events such as the UEFA European football and 2016 Olympics during the summer as well as many new game and DVD releases.”
The firm said it has seen its largest pizza sales gains from its Chicago Town Takeaway product, growing at 9%, which it says is well ahead of the category.
It’s made with dough that rises for the first time in the oven while cooking and the firm argues that gives it a takeaway pizza character at half the price of takeaway pizzas.
It has recently launched a limited-edition Stuffed Crust Pulled Pork Takeaway Pizza as well as a new range of Medium Takeaway Crusts. It has also launched new flavours in its Classic Thin Takeaway range including spicy Sloppy Joe. And the range now also includes Doughballs in garlic and cheese.
“The opportunity to promote a big night in offers brands and retailers a huge opportunity to grow categories,” the spokesperson said.
“A recent example is The Co-operative meal deal for £5 for big nights in which has worked well and featured the Chicago Town Takeaway. This offers simple solutions for consumers and provides immediate convenience to their shopping mission.
“Feature complementary products to help drive consumption. Site all products near each other to maximize impact, also always try to consider simplicity; make it easy for the consumer to see and understand the offer in communications and PoS.”

• “The days when people opted for a couple of packets of crisps and a few beers during a big night in are long since gone,” said John Armstrong, marketing director of Kepak Convenience Foods, manufacturer of big-selling microwaveable snacks range Rustlers.
“Instead, they want a selection of hot and cold food that can be prepared in next to no time, without having to interrupt their social fix, whether it’s watching a blockbuster movie, immersing themselves in a games console or just partying with mates.
“We’ve seen numerous examples of retailers boosting shoppers’ big-night-in spend by offering their customers complementary products as part of a deal – for example two Rustlers micro-snacking products and a two-litre soft drink for £5. It’s easy to implement, boosts sales and provides consumers with the value they’re seeking,” he said. 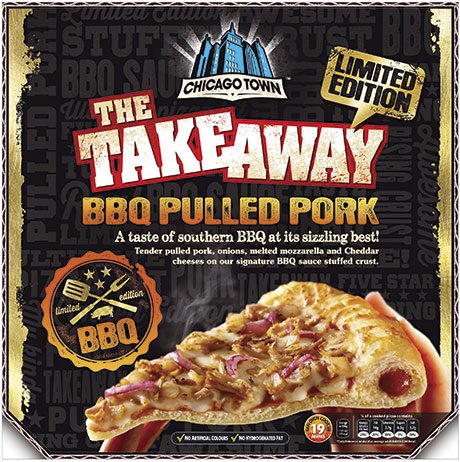