The years leading up to and including 2015 will be recorded in tobacco  market history as those that witnessed regulatory developments including the full implementation of the display ban,  and pressure in the UK and in Europe for changes to packaging and pack sizes. 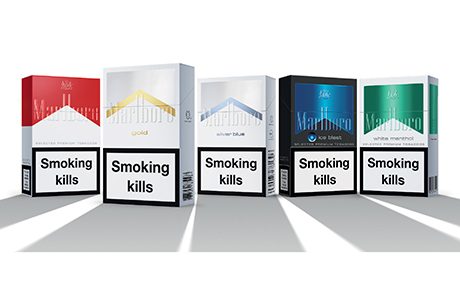 However, there have also been major changes in the market of course, including  the rise and rise of value cigarettes and of RYO tobacco.

But 2014 and 2015 have also witnessed the working through of some significant changes of brand marketing responsibilities between major  tobacco companies.

Last month it was announced that the agreement between Philip Morris, the owner of world market-leading cigarette brand Marlboro, and Imperial Tobacco, on sales and distribution of Philip Morris factory-made cigarette brands, will cease on 18 October this year, significantly  ahead of its originally planned date of 31 December.

Philip Morris assumes responsibility for all activities in the independent and symbol trade channels for all of its brands from this month, with the exception of any retailers that currently buy its factory-made cigarette products directly from Imperial Tobacco. 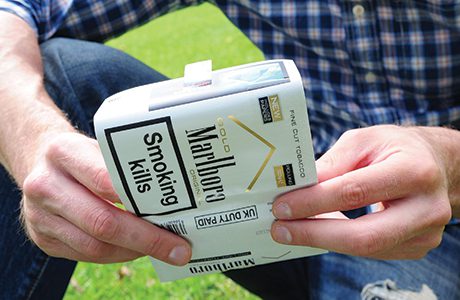 The cigarette products will continue to be available through Imperial’s supply chain up to and including the 18 October, after which orders will be met and serviced by Philip Morris.

The companies said the dates had been moved form the end of the year to avoid challenges associated with making the change-over during the year-end holidays.

The changes began in May last year when Philip Morris announced it had appointed field marketing agency Cosine to provide the tobacco firm’s own dedicated field force in the UK for the first time in over 10 years.

And since that time Philip Morris has been particularly active in marketing terms, especially on its Marlboro brand.

A year ago it launched its first RYO product Marlboro Gold Original rolling tobacco. It was the first product  to be fully sold, distributed and supported by Philip Morris under the new arrangements.

In February this year it unveiled new designs and product upgrades on the Marlboro range, including Marlboro Red, Gold, Silver Blue, Ice Blast and White Menthol.

And most recently, in July, Philip Morris unveiled changes on Marlboro Touch, previously known as Marlboro Gold Touch, with the UK as the first market in the world to get the new style.

Marlboro Touch has a soft touch pack and firm filters, to be consistent with the rest of the Marlboro range. The filter is designed to allow adult smokers a cleaner way to stub out cigarettes, and to add a feeling of quality without affecting  taste.

Marlboro has retained 20-stick packs on its cigarettes and Marlboro Touch is available in price-marked and non-price-marked packs.

• hile the world’s biggest cigarette brand moved to take more control of its marketing and sales in the UK so did one of the market’s most specialist tobacco brands.

Natural American Spirit is the UK’s top selling additive-free tobacco range. The firm sees consumer interest in additive-free tobacco growing and specialist and niche styles of tobacco have been seen by some industry commentators as products that could stand up better than some to the challenges of the dark market.

In January this year Natural American Spirit also announced that it would bring  its range of cigarettes and its RYO tobacco closer together in design and in particular that it would renew the package design of its Original Blend Roll Your Own in the UK.

The colour of the pouch and outer changed from its previous beige to the established Natural American Spirit blue.

The company explained that  after adjusting the package design of the Natural American Spirit cigarette varieties in 2013, it was  continuing to unify the brand’s design internationally from spring this year. It said Natural American Spirit’s popularity was growing – not only in the UK but in many other countries around the world, and the changes would  enable adult smokers to recognise their preferred variety at first glance anywhere – whether in Europe, the USA or Japan.