BACK in June, just a few months into the tobacco display ban, Scottish Grocer found that some Scottish retailers had spotted opportunities to manage range, pack sizes and the use of PMPs to tweak profit upwards.

That being said a number of retailers told us they were actively considering switching to automatic vending or under-counter storage systems  in order to increase security and to free up the old tobacco display area to put other, non-tobacco, high-value lines on  view.

But three months on, and now well into the display-ban era the word from the major  tobacco companies is that the ban to date appears to be having few appreciable effects.

Imperial Tobacco, brand owner of Lambert and Butler, JPS, Golden Virginia and other brands carried out a survey of independent retailers in the UK in the aftermath of the implementation of the ban, between April and June this year.

Retail business manager Darren Attwell said the survey found that consumers of  factory-made cigarettes  and RYO tobacco had largely stayed loyal to their regular retailer or retailers after the introduction of the ban.

However, it also found that around a quarter of adult smokers, even if they were visiting the same shops, had changed their tobacco shopping behaviour in some way.

The largest single change was that nearly a fifth now ask to see stock to aid choice. However that is likely to include smokers south of the border asking for doors to be open so they can see what is on offer. In Scotland, where the space that is allowed to be temporarily revealed during transactions and stock replenishment is very much less, that isn’t an option.

The Imperial Tobacco survey found that around 4% of consumers now describe their brand in more detail when purchasing. 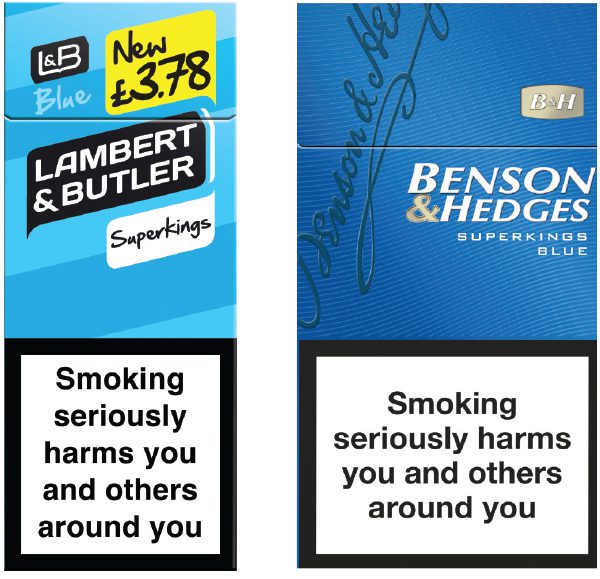 However it also found that only 3% were asking for the ‘cheapest’ option after the display ban. And perhaps the biggest indication of little or no change was the finding that only 1% of adult smokers said they had changed outlet or brand as a consequence of the display ban.

“Early indications suggest that the display ban is having little effect on sales or brand choice, but it’s worth noting that around a fifth of smokers are spending more time at retailers’ counters making their purchase,”  Attwell said.

At JTI, the owner of Mayfair, Amber Leaf and other brands, head of communications Jeremy Blackburn said: “It is too soon to say but what we do know is that retailers who prepared early, maintain a strong range and portfolio will help ensure tobacco remains key to their business.

At Café Crème cigars and Salsa RYO brand owner Scandinavian Tobacco Group UK, head of sales Alastair Williams was another who thought it was too soon to call the effects of the display ban and argued it was still important to stick to the strategy that many industry professionals had recommended ahead of the ban.

“Now that the market is dark, some consumers may default to well-known brands, value for-money or niche products and, as a result, retailers need to stock their range accordingly,” he said.

“Retailers need to be extremely well-organised and educate their staff on how and where to stock their products.

“Stocking the right range is vital. If retailers don’t stock the right products for their customers, they will ultimately see their sales fall.” 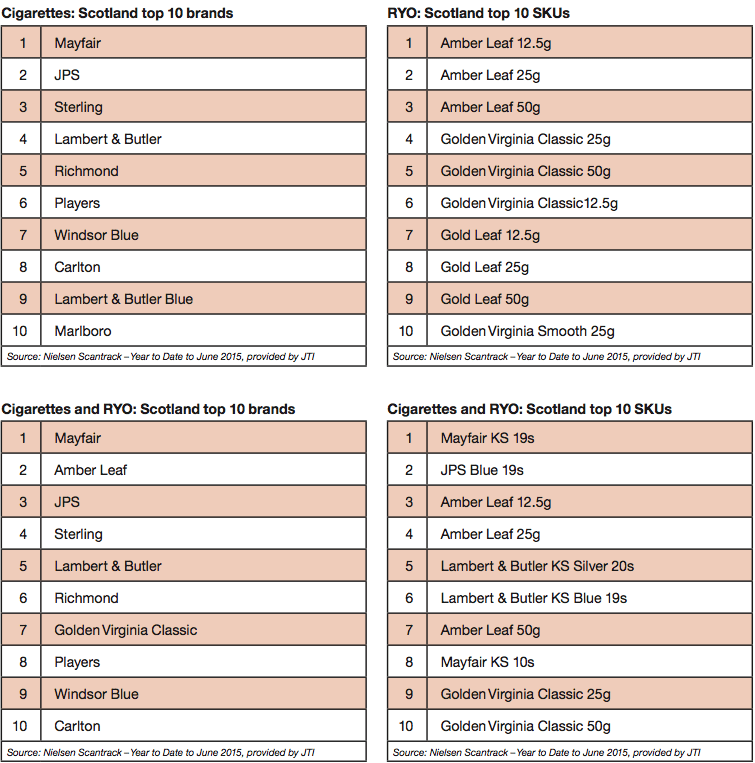 PMP or not PMP?

All the main tobacco firms counselled against independent and symbol stores quickly moving away from PMPs now  that tobacco products are hidden from general view.

It’s not an opinion that’s shared by all retailers. Some have taken the opportunity to trim the number of PMPs they stock, some have reduced PMPs – say on 10-packs – while keeping them on 20s and 19s. But others seem to think customers will object to losing PMPs behind the flaps.

JTI’s Blackburn said if anything it looked as if PMPs’ position may have been strengthened by the introduction of the ban, especially in RYO.

“PMPs are performing particularly well and currently account for 68.1%  volume share of the RYO market in independents and symbols, up from 65% this time last year,” he said.

“Existing adult smokers are looking for value, so it’s important that manufacturers and retailers demonstrate to them that they are getting the best possible choice and value when making their tobacco purchases. Price marking does exactly this.”

At Imperial,  Attwell was also very supportive of PMPs.

“The combination of transparency and value-for-money provided by PMPs means that they’re trusted by consumers and retailers alike,” he said.

“Almost three-quarters of retailers stock PMPs. Around one in three packs of cigarettes sold in the UK are price-marked. And research shows that 47% of adult smokers will always buy PMPs if available.”

STG UK’s Williams said: “Even now the display ban is in place, PMPs still offer consumers reassurance on price and should be included in any retailer’s tobacco display.  Knowing that they are buying tobacco products at a price recommended by a tobacco manufacturer will give consumers confidence that they really are getting great value for money.”

Across cigarettes, RYO and cigars consumers continue to look for value and companies have been busy with range extensions, new product developments, new pack sizes and brand extensions all designed to put credible products, often from established brand houses in front of adult smokers at price points that are designed to hit the mark. 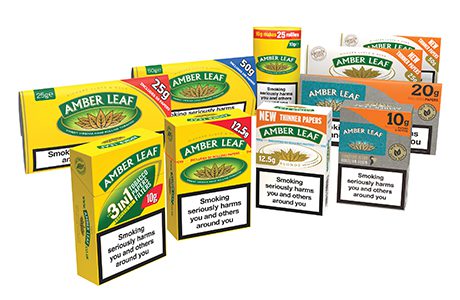 “JTI currently holds a 28.2% volume share of total value cigarettes in Scotland. Sterling is one of the leading brands in the value segment, where it accounts for 32% volume share.

But he was keen to highlight the firm’s position in other sections of the market in Scotland.

“Mayfair is the biggest selling cigarette in Scotland  holding a 63.2% share of the mid-price segment and a 13.8% overall share of Scotland’s ready-made cigarette market.

“JTI is at the forefront of the market as one of the best executors of NPD, introducing brand extensions that are in tune with market trends as well as reduced outer sizes, limited-edition packs, smaller pack formats – all of which helps retailers drive sales with tobacco products that remain relevant to today’s existing adult smoker.”

The firm introduced a new variant to its Sovereign house, with the launch of Sovereign Dual into the capsule segment in June. It has introduced limited-edition packs for Benson & Hedges Gold, which will be available this month for four weeks or while stocks last. Sterling 18s were launched across all channels in June, with an RRP of £6.99 and packaging on the Camel brand is to be modernised.

At Imperial,  Attwell said both the factory-made cigarettes and RYO categories had seen plenty of innovation over the past year.

“Menthol currently accounts for around 8% of volume across the FMC market market. The sub-economy market share has also grown noticeably during the last twelve months, rising around 8% to its current figure of over 25%. This May, Carlton – the UK’s number one sub-economy cigarette brand – capitalised on these trends with the addition of Superkings Menthol 19s to the range. They have an RRP of £6.40, and are also available in price-marked packs at only £6.19.

“The rise in popularity of capsules is perhaps the single most dynamic trend in the tobacco category in recent times, with a current market share of around 8%.

“L&B Blue Superkings 10s arrived this June – with an RRP of £3.78 and PMPs at the same price, they reflect the fact that packs of 10 currently account for 20% of the economy sector. They’re also our lowest-priced Lambert & Butler offering to date.”

For some time roll-your-own (RYO) has been the tobacco sub-category that has been really rocking. There’s no sign of that changing. Indeed if anything it’s one of the parts of the market that is seeing the greatest innovation and  it’s becoming ever-more important to c-store retailers.

JTI brand Amber Leaf is the biggest seller north of the border and more recently the firm has announced that Amber Leaf now leads in all the nations and regions of the UK.

“With the three top-selling RYO SKUs, Amber Leaf House holds a 71.5% share of the mid-price RYO segment and a 39.4%  overall share within Scotland’s RYO category,” he said.

“Existing adult smokers are continuing to seek out greater value for money, with over one in three choosing to smoke RYO tobacco.”

Quoting the company’s own estimates Darren  Attwell said: “Currently RYO accounts for 24.2% of duty-paid sticks smoked in Scotland. This is less than the UK as a whole, where 31.5% of sticks smoked are RYO. However, it’s also slightly up on the same period last year when the figure stood at 23.8%,” he explained.

“The RYO price sector split in Scotland is: economy, 24.0%; premium, 22.3%; and value, 53.7%. Compared to the UK as a whole, the Scottish market over-indexes in the economy and premium sectors, while under-indexing in the value sector.

“There’s been a marked rise in the number of tobacco shoppers purchasing reduced pack sizes, containing a combination of tips and papers or both.

“Players Gold Leaf 9g  enables adult smokers to make 22 hand-rolled cigarettes for just £3.05. Player’s Gold Leaf remains the UK’s fastest growing RYO brand and has continued to see phenomenal growth over the past year and a half, with a current market share of just over 11%.

STG UK reckons highest growth within the RYO category is occurring in small packs and in the lowest-priced value segment of the market.

Its value brand Salsa is said now to be worth £2m.

“Our Salsa tobacco range is available to buy in a half outer of 5 x 12.5g price-marked packs, and is the cheapest RYO, gram for gram, on shelf,” said STG’s Alastair Williams.

“The half outer size also means less financial outlay for the retailer, which has to be positive.”

Quoting Symphony IRI STG UK says the total cigar category is worth £236.9m in annual sales with miniatures taking by far the greatest share of sales, with its Café Crème Blue as market leading cigar overall.

“Miniature cigars, such as STG UK’s Café Crème family, are must-stocks for retailers, with the segment making up 68.2% of all cigar sales in terms of volume,” said Williams. 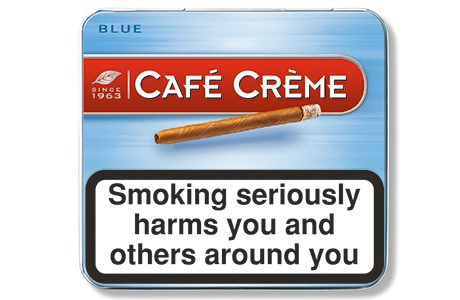 “Small cigars are the next biggest segment, commanding almost a third of the market, 28.9%, in terms of volume, followed by the medium/large segment at 2.8%.

“Well-known brands that consumers know and trust should have a strong presence in a retailer’s tobacco gantry.  Now the display ban has arrived, it’s likely that unfamiliar products that are new or not big sellers may be rationalised out, meaning that stocking popular brands will be of even greater importance.

“Café Crème is the No.1 cigar, not just in the UK, but in the world, and Moments is the fastest-growing cigar brand in the UK, making them both must stock ranges for any retailer.”

JTI says its Hamlet brand takes a 38% share of the cigar category in the independent trade. Miniature cigars’ market share continues to grow, with a current share of 59%  in the independent trade the firm said. But, it stressed, the standard cigar segment continues to contribute a significant proportion of total cigar sales accounting for 36% market share. The firm has introduced new pack designs and formats across the Hamlet range. The Hamlet 50s drum is now available as a half outer and Hamlet Miniatures 10s are in a more compact tin.