MOHAMMED Jamil has 25 years of retail experience, having owned and operated numerous shops in Paisley, Bellshill and Glasgow.
This December it will be 10 years since he opened his current flagship store, a Day-Today Express, in Renfrew High Street. And to celebrate the occasion he plans to open up a brand new store – two doors along. What’s more, it’ll have to compete with an Aldi right across the street.
The discounting giant opened opposite Mohammed’s store one year ago. But, far from bringing the catastrophe many community retailers fear, he said it had proved to be a positive thing.
“I remember when they opened the general manager came into my shop and told me they believed in working with small local retailers,” he said. “At that time I thought it was just talk, but it really has been true for me. The presence of Aldi has made my own business better.
“It’s prompted me to improve my offer and it’s brought much more footfall to the town centre.”
However, even with Day-Today, Aldi and a Farmfoods, Mohammed believes there’s a clientele on the High Street which is not being catered for. 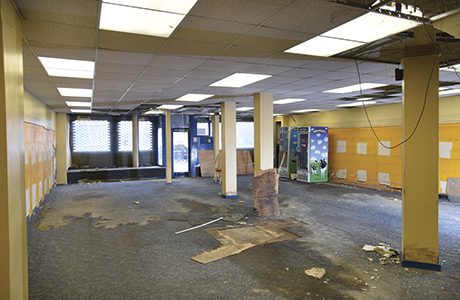 “The supermarkets and the discounters are too big for a lot of shoppers, whereas my shop is too small.
“They want something in-between which offers a friendly superstore experience in a smaller, more convenient format.
“With the addition of a new, bigger store we’ll be able to match them on price, yes, but we can beat them on customer service, because we’re friendlier, more welcoming and offer a better, more personal service.”
The unit he has set his sights on was previously a Blockbuster Video store, which closed four years ago.
In August he signed a five-year lease with an option to buy and aims to transform it into a Day-Today Elite which, at 1,900 sq ft, will be more than twice the size of his current shop.
He said: “After 10 years, it’s time I took a big gamble, but I believe it can be a success.” 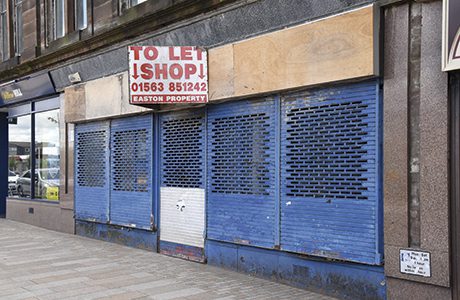 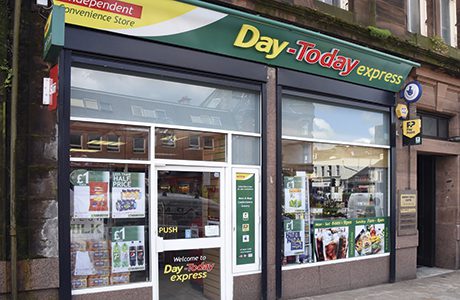