Payments services firm PayPoint, which has been heavily criticised by many retailers since it announced reduced caps on the commission it pays to stores, has reported increased transactions and additional British and Irish outlets for the three months  to the end of June, the first quarter of its trading year. 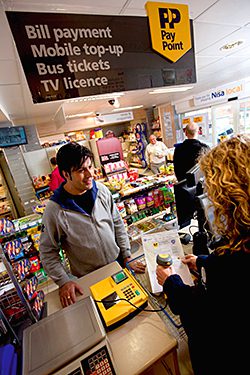 In an interim management statement, issued last month ahead of its annual general meeting, the company said overall trading for the period was in line with the company’s expectations. Transactions processed for the quarter were 201.6m, up 6% on the 189.3m transactions in the same period last year.

Net revenues were £29m, up 1% on last year with growth in retail services offset by a decline in mobile, online and other activities. However, overall revenues at £51m were down 2% on the equivalent period  last year.

The statement said British and Irish bill and general transactions were in line with last year and reflected a continuation of low levels of energy consumption.

Collect+ volumes increased by 22% to over 4.9m transactions in the period, from 4m the previous year. There had been an increase in Collect+ sites of 25 to reach 5,856.

Retailers have argued that  transactions, especially for high value bills, result in a significant cash loss for stores because of cash handling charges levied by banks.

PayPoint argues that bill payers provide additional  business for stores but the National Federation of Retail Newsagents  and a number of retailers who are active on social media sites have disputed those claims.