The big talking point from George Osborne’s summer budget for convenience retailers was almost certainly the news that a new National Living Wage for workers over the age of 25 would be imposed. But other decisions will affect retailers too. 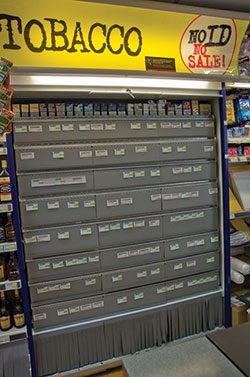 Proposals to introduce a levy on tobacco manufacturers and importers will not go ahead. A government spokesperson said the impact on the tobacco market would have been the same as a duty rise but HM Revenue & Customs analysis found that there would be subsequent effects, such as more consumers buying illicit cigarettes, which would mean the £150m levy would actually only raise £25m.

That finding reflected some arguments from the tobacco industry during earlier consultations on the proposal.

In February Imperial Tobacco in its response had argued a levy could end up “threatening the sustainability of current Government revenues by helping to drive adult smokers into the illicit trade. Ultimately, it could cost the Government more than it raised.”

Income tax thresholds are changing, too, with the single person’s tax-free allowance rising by £600 a year to £10,600 in April 2016 and to £11,000 the following year. According to treasury calculations it will mean tax cuts for 27m people.

“The government has an ambition to increase the Personal Allowance to £12,500 by 2020, and a law will be introduced so that once it reaches this level, people working 30 hours a week on the national minimum wage won’t pay income tax at all,” the Treasury said.

Fuel duty will remain frozen until next year.

There are plans to introduce a duty fraud taskforce to tackle duty fraud at alcohol warehouses.

There will be a levy on large firms which will be used to fund three million apprenticeships. It’s argued that the policy will reward companies who invest in training.