Are you set up to take payments from customers’ phones? While Spar UK and Co-operative Food ensured c-stores were in at the start when Apple Pay launched in the UK  last month, it remains to be seen if most shops will make the change and if they will apply limits to the amount that can be carried out in a single transaction.

Some independent operators in Scotland are keen on the new opportunities. 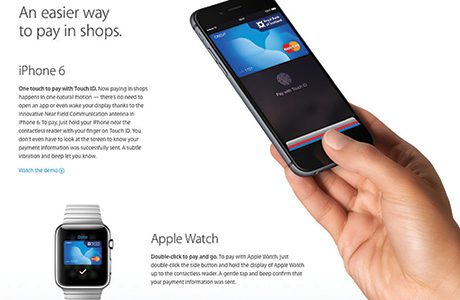 Chris Cobb at Cults Stores in Aberdeen said: “We haven’t introduced it yet but I’d be all for it.

“At least 50% of our transactions at the moment are contactless and anything that speeds up transaction times is a good thing. For example, we have a 20-minute window with schoolkids at lunchtime and many of them already use cards, if they’re able to pay by phone it would speed things up even more.”

Currently there’s a £20 transaction limit on contactless payments but card companies are planning to relax the rules. On online gadget news site Pocket-lint, a spokesman for Mastercard said: “The vast majority of payment terminals here in the UK are set to accept contactless transactions up to the £20 spending limit, but that will rise to £30 in September.

“As more digital services like Apple Pay come to market, we’re supporting retailers and banks as they update the terminals so that they can accept authenticated transactions above that limit from digital devices.”

But some c-store operators in Scotland reckon current limits give their customers peace of mind.

Store manager at David’s Kitchen in Glenrothes Diane Greenough, said: “We have a lot of transactions under £20 and whenever we see the contactless logo on a customer’s card we prompt them and when they come back in they tend to use it again.

“The maximum £20 spend gives them reassurance that the system is safe.”

• o you use contactless payments? Have you introduced Apple Pay? Should limits be raised? Contact patrick.duffy@peeblesmedia.com