Convenience retailers have been left reeling by last month’s Budget announcement, which includes plans to dramatically increase the minimum wage.

In the first budget of the new Conservative government, chancellor George Osborne said the minimum wage would rise from its current £6.50 to £7.20 next year, reaching a ‘living wage’ level of £9 in 2020. 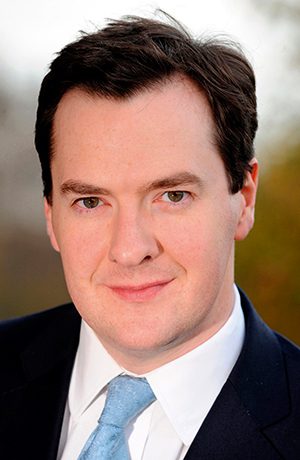 The new living wage, which will apply to all workers aged over 25, was announced along with an estimated £4.5bn cut to the £30bn-a-year tax credits system, which tops up the wages of low-paid workers.

The Scottish Grocers Federation has been highly critical of the announced NMW increase, which it says will place a tremendous burden on retailers and may lead to a number of stores closing.

SGF chief executive Pete Cheema said: “What the chancellor has actually done is shift the burden of payment from the government to the employer.  The introduction of the national living wage is a reckless policy, which could have a disastrous effect on the retail industry, especially in times of austerity.”

After carrying out its own analysis, the Association of Convenience Stores said the introduction of a £7.20 national living wage could put 24,000 stores and 80,000 jobs at risk across the UK.

“We have always supported a national minimum wage, but the move to a higher compulsory national living wage will have a devastating impact on our sector,” said ACS chief executive, James Lowman. “Our analysis only looks at the increase to a £7.20 national living wage from 2016, and as this rises to £9 by 2020 there could be far greater effect than even these figures suggest.

“This analysis is backed up by evidence provided by our members which shows that they will be closing stores and laying staff off as a result of this policy.”

The news has caused concern for a number of store owners such as Colin Smith of Pinkie Farm Convenience Store, who employs 24 members of staff.

He said: “The seismic jump that we’re facing in October next year is one that we’re going to have to build up to. We now need to think about how we can actually protect our bottom line.

“That’s going to mean looking at everything – reducing costs, increasing prices and potentially even cutting back on staff if it came to that.”

Aberdeenshire retailer Sid Ali already pays over NMW but is worried about the knock-on effect a large increase will have.

He said: “At the moment, the increase in wages, for most people I’ve spoken to, is greater than their net profit. So how do you make it work? I honestly don’t know. I’m just going to have to buy smarter, reduce hours or employ more people under 25.

“I think what really worries me is the £9 by 2020. That’s just not do-able at the moment. If that comes into force I’ll be selling my business. Simple as that. I’ve got no other choice.”