Mondelez says the promotion aims to help retailers drive rate of sale on chocolate singles, which, according to Nielsen figures quoted by the company, are worth 53% of total chocolate sales in independent and symbol stores. 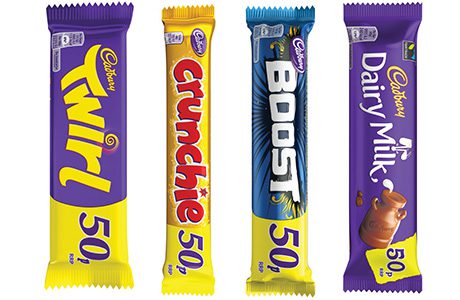 “One third of shoppers describe clarity and transparency as the major benefit of PMPs,” said Susan Nash, trade communications manager at Mondelez.

“But when it comes to your PMP range, there are a number of variables to take into consideration. Factors to be considered include product format, product category, unit price, customer profile, seasonality, frequency of purchase and store environment.

“PMPs are a type of promotion, so retailers should be advised to consider how much of their stock they want to be perceived as ‘on promotion’ – if they are offering nearly all their stock as PMP, is this giving shoppers an expectation of a store that can’t be continued long term?

“It can also be confusing to have PMPs where retailers are offering product group promotions such as meal deals, so check the PMP price doesn’t undermine another promotion in store, confuse or – even worse – mislead the consumer.”

l estlé Confectionery has launched an on-pack price promotion exclusively for the wholesale and convenience channel, featuring a number of its biggest-selling impulse lines. 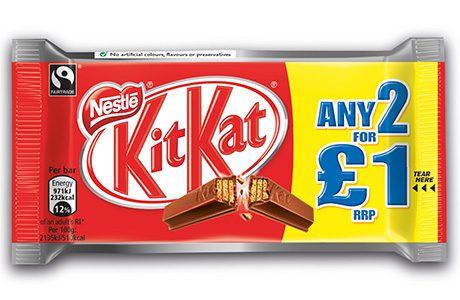 Nestlé says research by HIM shows retailers and shoppers see multi-buy price promotions as more motivating than either rounded price points, discounted prices or a percentage extra free. 70% of shoppers questioned also said a multi-buy price-promotion would encourage them to make a purchase.

A Nestlé UK spokesperson said: “Price marked packs are known to benefit both shoppers and retailers alike, with shoppers feeling like they are getting a bargain whilst retailers benefit from an increase in sales.

“For retailers looking to capitalise on this promotion we recommend displaying the range of featured packs together in an off-shelf display.” 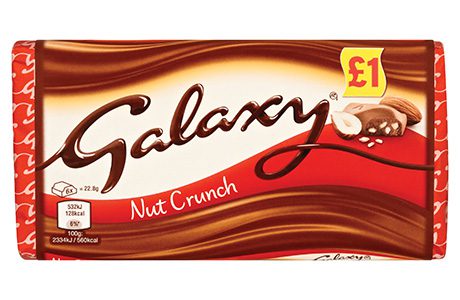 The company quotes research from IRI which suggests that price-marked packs account for 60% of large sharing block chocolate sales in independent stores.

A spokesperson said: “PMPs reassure shoppers they are getting value for money for their goods as the price is clearly displayed on pack, which in turn builds trust between shoppers and their retailers. We know 68% of shoppers see PMP as a good deal – so it remains a key promotional mechanic to drive sales.”

• Place PMP treat bags at eye level and double face them  where possible, to create a greater impact

Swizzels says the redesign of the £1 price-marked packaging has been done to ensure products stand out on shelf and to appeal to consumers of all ages.

Over a million Loadsa bags were said to have been sold in 2014. The range includes Loadsa Lollies, Loadsa Chews and Loadsa Sweets.

“The Loadsa range is one of our most popular. People love the great variety of classic sweets in one bag,” said marketing manager Sarah-Louise Heslop.

“The bold new £1 price-marked packs look great on shelf and are ideal for cash-conscious shoppers.”

Heslop added: “Consumer buying habits have changed in recent times. More than ever, consumers are looking for value-for-money products, and this applies to sweet treats too.”