The House of Commons voted overwhelmingly in favour of legislation that would see plain packaging introduced for cigarettes and hand-rolling tobacco, with 367 MPs in favour and 113 opposed on a 73% turnout. The measures were subsequently approved in the House of Lords. 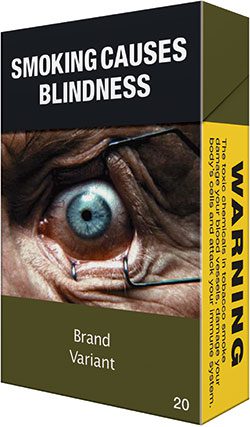 Ronald Ridderbeekx, head of corporate and regulatory affairs for British American Tobacco UK, said: “We have always made it clear to the UK government that the measure is unlikely to achieve its public health goals, but that it risks increasing the illegal tobacco market, takes choice away from consumers and damages thousands of small retail businesses.

“We will now commence a legal challenge against the UK government on the basis that plain packaging violates a number of UK, EU and international laws and illegally takes our valuable property from us.”

Daniel Torras, managing director at JTI UK, said: “This divisive legislation has been rushed through parliament, with little regard for proper scrutiny and debate.

“We consider this legislation to be unlawful, JTI therefore expects to challenge the legislation through the legal channels available to us.”

Imperial Tobacco also indicated it would pursue legal action. Duncan Cunningham, head of UK corporate and legal affairs for the firm, said: “The evidence from Australia demonstrates that it won’t change consumption trends or reduce youth smoking but will play into the hands of criminals who profit from illicit trade.”