MULTIPLE grocer Morrisons has signalled its exit, for the time-being at least, from convenience retailing in Scotland with the closure of its last remaining Morrisons M Local shops north of the border.

The stores, in Edinburgh’s Shandwick Place and Gorgie Road, are on a list of 23 (out of a total of 153) M Locals across Britain to  be closed with the loss of 300 jobs. 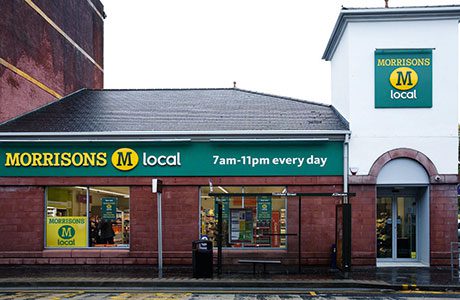 A company spokesperson  told Scottish Grocer it didn’t rule out a return to the c-store model in Scotland at some time in the future but said that at present the convenience side of the business across the country was on pause while aspects of the business were under review.

“We will slow new openings significantly, and review the M Local proposition and approach to site selection rather than pursue store number and turnover targets. We will update our future M Local plans once the review is complete.”

While there would now be no M Locals north of the border the company was still very established and active in Scotland, he said.

Compared to some other areas of Britain Morrisons has many full-size supermarkets in Scottish towns and cities, a result, in part, of its takeover of Safeway which was strong in those districts.

News of the c-store closures came after the retailer announced it was posting losses of £732m for its latest trading year, the 12 months to 1 February 2015.

The figure reflected its writing down of the value of its stores by £1.3bn. Before that write-down pre-tax profits were £345m. That was down 52% on the previous year and was influenced by its decision to cut prices to compete with discounters and other stores.  Like-for-like sales for the year were down 5.9%

Morrisons launched its first  M Local in Yorkshire in 2011.

The c-store portfolio grew quickly after the supermarket giant bought 49 stores of the Blockbuster film rental chain in 2013.

At that time the company said it planned expansion “at pace” with stores in which fresh produce and items for scratch cooking would take half of store space.

But reports have suggested that many of the Morrisons  c-stores had failed to perform well.