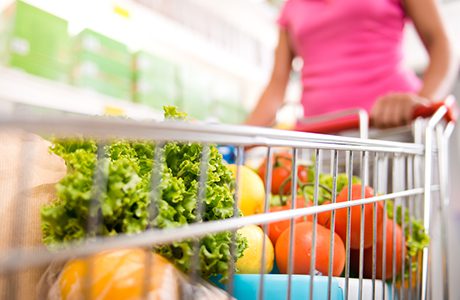 Fraser McKevitt, head of retail and consumer insight at Kantar Worldpanel, said:  “A combination of lower general inflation and the grocery price war has saved shoppers £400 million in the past 12 weeks, with deflation driven to a record low of -1.6%.

“All of the major supermarkets are cutting prices to win shoppers, especially within everyday staples such as eggs, vegetables and milk.  Retailers are focusing their efforts on simple price cuts rather than complicated ‘multibuy’ deals.”

Tesco had returned its best performance in 18 months with sales up 1.1%, he said.