• Mitchells was established in 1928 by Elijah and Agnes Mitchell, and is now run by the team of their grandson Patrick Mitchell, his daughter Judy and son-in-law Keith Whyte.

• Locally known as ‘The Dairy’, Mitchells produced and delivered its own milk and cream in Aberdeenshire for decades. That side of the business was taken over by Graham’s The Family Dairy in 2014.

• The store has its own 70 seat tearoom (known as the ‘Dairy Tearoom’) which serves hearty home-cooked meals, made with local ingredients, as well as tea, coffee and cakes.

The business of being green

AS the old song goes, it’s not easy being green.
One difficulty of making a business environmentally sustainable is that there can be hidden environmental costs in doing good.
Recyclable packaging might be great, but what if the factory making it causes pollution? Similarly, reusable bags are undeniably good for the environment, but less so if they have to be shipped from China.
Ideally, sustainable retailing requires a holistic approach, taking account of every element in the way goods are produced, transported, sold and, ultimately, disposed of.
Mitchells, the winner of Scottish Grocer’s Sustainable Retailer of the Year Award 2014, has taken some impressive strides towards that goal.
In recent years it has invested in new technologies and built a solid recycling programme all aimed at reducing waste, energy use and, crucially, the cost of doing business.
However, one of the best ways it has managed to keep its carbon footprint low is through its approach to sourcing the products it sells.
An established family business in the centre of Inverurie, Mitchells has put local produce at the heart of its buying policy. There can be seasonal variations but it has at least 80 local suppliers.

“We pride ourselves on the fact that we can say on our ready meals that our food has travelled metres, not miles,” said Keith Whyte, who runs the business with his wife Judy and father-in-law Patrick Mitchell.
“We have a good concentration in this area of local producers and a lot of customers who do appreciate seasonality. There are certain things that we have on sale that we can’t get locally – there aren’t many banana trees or orange groves in Inverurie – but there are a lot of things we can get and that has an effect on your green credentials.
“I think people do appreciate localness, when your stuff’s not being trucked from the Central Belt or the Midlands to your store. And we get that message out to customers by naming the supplier, the farm, making it a bit more personal.
“I do appreciate it is harder in some areas for people to get local potatoes or persuade a local butcher to supply them. But nothing’s impossible.”
With fresh and chilled products making up around a third of the business, food waste is a concern, but minimised by careful management of date-marked products.
“We try to monitor it as closely as we can, like anybody else does, keeping an eye on dates, discounting when we need to,” said Keith.
“A lot of times, if something is approaching its sell-by date we can use it in the tearoom side of the business. So if we’ve got 10 packs of cheese on the shelf with two days left we can take them next door and make macaroni cheese, which is sold and eaten on the day.”
Inevitably, there is always still some food that has to be thrown out, but Mitchells has found an innovative way of dealing with that too. Its contract with organic recycling specialist Keenan Recycling Ltd, means all the store’s food waste goes to a plant in New Deer, Turriff, where it is turned into compost.
That compost then goes out to farms in the north-east, helping to grow the food which is sold in the store.
“We have to pay Keenans to take the food waste away, so that’s a direct cost to our business,” Keith said. “But from a green point of view, we feel it’s better to have a finished product in terms of a usable compost with nutrient value for farmers’ land, than just having it go to landfill through the council. And you’d still have to pay the council.”
Because they’re sending food waste out to be composted, Mitchells tries to use as much compostable packaging as possible, and even with other materials the aim, for a long time, has been to recycle as much as possible.
Tins are sold for scrap metal, while waste cardboard is put through the store’s own baler and picked up by a recycling company.
“It’s an income generator for our business,” said Keith. “We get something for it – not a lot, but at least we’re not paying someone to take it away.”
The store has also invested in a 1100-litre skip compactor, which has reduced the number of bins that need emptied each week. 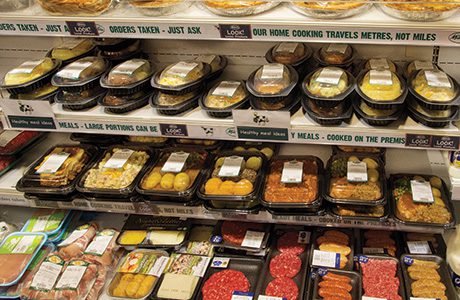 “One of our biggest challenges is meeting local authority charges,” said Keith. “These costs aren’t coming down and if you can reduce what’s going to them and look at other initiatives out there and encourage, if you can, your customers, to participate, then that’s worth doing.”
As a member of the Grampian Food Forum, Keith finds a lot of ideas at events and meetings, frequently through talking to other business owners, but he also picks things up through news reports and by researching online.
Recently, he invested in new energy-saving LED lights for the deli section, which he is monitoring for a ‘trial’ period.
“We have contemplated doing the whole shop, but there is a fair capital spend so we’re seeing how it goes,” he said.
“There are other things we’re looking at, but it has to be done both as a positive benefit for the environment and for your business.
“You need to find a balance. If you can do both and have a slight business advantage, then you’re quids in. And you can sleep more soundly at night.” 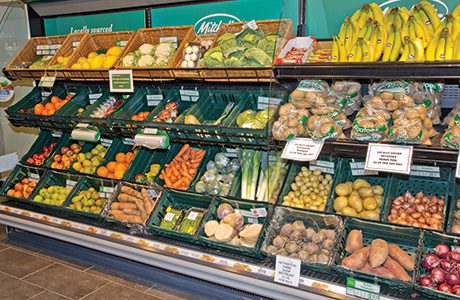 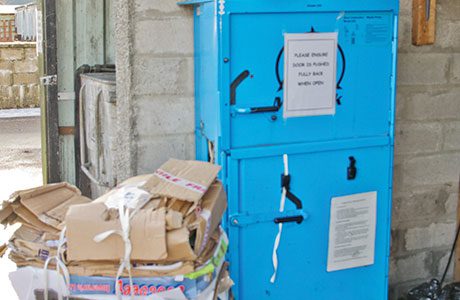