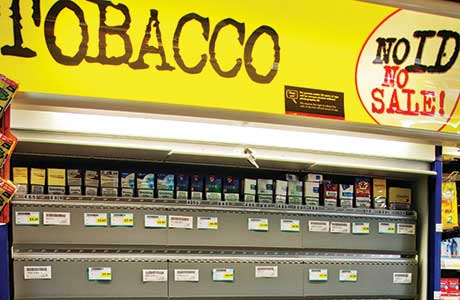 TOBACCO gantry screens are going up in small shops all over Scotland as the date of the enactment of the tobacco display ban, 6 April, 2015 approaches.
Tobacco firm JTI began its installation programme last year and started in Scotland because the stricter rules on the space that can be revealed during a sale means the units are more complicated.
Imperial Tobacco ramped up its conversion programme last month and says all the units it is converting will be compliant well ahead of 6 April.
More on tobacco and the display ban p60.