• The site has been a Spar shop for over 25 years. In the decades before that, it was a supermarket known as The Challenge and, prior to that, DeMarco’s tearoom.

• The store was previously owned by independent retailer and former Scottish Grocers’ Federation president Colin Landsburgh, who sold it to CJ Lang in 2013.

• Subway opened in-store in October, 2014, the sixth Subway counter to open in a Scottish branch of the convenience chain.

• Carnoustie is closely associated with golf and has hosted the Open Championship seven times. It is due to return to Carnoustie in 2018 and is expected to bring millions of pounds to the local economy.

THE last couple of years have been a bit hectic for Murray Ferguson, manager of the Spar store in Carnoustie’s High Street.
The sale of the independent shop to CJ Lang in 2013 led to a crash-course in its way of doing business, followed soon after by the arrival of an in-store Subway, the expansion of the post office and the hiring of 12 new members of staff.
Somewhere in the midst of it all, CJ Lang nominated the store for the Scottish Grocer Symbol Store of the Year (more than one store) Award – and it won.
“I was really chuffed, because that was my first year with CJ Lang as a manager,” said Murray, who started work at the High Street Spar more than 20 years ago.
“To be honest I thought it was a bit soon for them to be nominating us. I was only just settling in to the new business, but it’s worked out. Certainly, after CJ Lang took over things seemed to change quite rapidly. We’ve had the Subway in since then and now the post office changing. God knows what’s next. I’d like to have the chance to slow down and focus on the store, but it’s not always as simple as that.”
What the judges found when they visited Carnoustie last year was a shop with many strong community connections, an extensive food-to-go service and a wide range of deals, multi-buy offers and other activity ensuring the shop maintains a reputation for good value.

“Everything is pretty steady,” Murray said, when asked about the store’s strong points. “The sandwich deals do quite well. Promotions do quite well, as you would expect. We’ve got five ‘real deal’ bays and three of them hit you as soon as you come through the doors. Everything else just ticks away.
“We are strong in wines because it’s a good area to come in and browse. Carnoustie doesn’t have any specialist off-licences. It’s a good range in our chilled. And fruit and veg sells really well. Most packs are £1 and Carnoustie doesn’t have a specific greengrocer. With the post office we have a large stationery section, because nowhere else in town really has that.
“Carnoustie is very difficult for anyone trying to set up a business from scratch,” he said. “There just isn’t the walkthrough. Everyone seems to know where they’re going and what they want. They’re not browsing. We don’t have that, which is a shame. It’s kind of always been the way.
“Carnoustie’s always growing, but people are buying from out of town. There’s a steering group in Carnoustie now hoping to improve the High Street and asking how we can get people from the seafront, the golf course, into the town.
“When the Open’s on people do make an effort to come up to the High Street. Food on the golf course can be quite expensive so people are as well coming here and picking up a sandwich deal.
“It’ll be mad just for that week, selling around 300 sandwiches a day instead of 30. Now we’ve got the Subway too, and God only knows what that would mean.”
The addition of the fast-food sandwich franchise in-store has already been a boon.
“It brings totally different people in,” said Murray. “It’s surprising. Probably half the Subway customers are new faces who wouldn’t have come in before. That’s great, because it turns out there are new customers out there, you just need to give them something they want.
“When it first opened we were queued out the door. That excitement has died down a bit now, but it’s still quite busy, especially at lunchtime and in the evenings.”
The store also relies on its post office to drive footfall, and that’s another area of the business being modernized by CJ Lang, to incorporate Post Office Local.
Although the current post office and its four staff are being retained, the counter is being refitted and Spar staff will be carrying out limited services outwith normal post office hours. 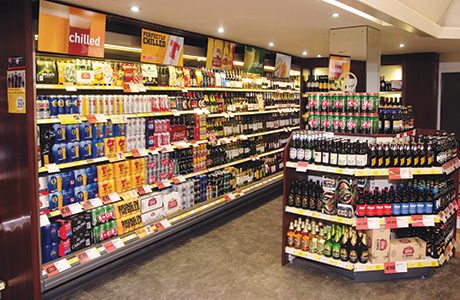 The change means yet more new tricks will have to be learned by Murray and others.
“It’s quite a lot of training,” he confessed. “There is a part of me, obviously, unsure about it, thinking – wait a minute, this isn’t what I signed up for. When I started behind the tills you just pressed a button and wound the handle round. But that’s the thing. A checkout operator doesn’t just stand there and ring buttons any more.
“There are so many different things, with the lottery and Paypoint, now the post office, not to mention Challenge 25 and upselling. You can’t be a robot. You’ve got to be on your toes all the time.
“I think we are strong on customer service, generally. We know a lot of our customers by first name because they’re in most days. We have a good rapport with them and any new customers we receive are invited into that as well.
“My job, really, is about managing the staff. But then a store is only as good as its staff and we’ve got a team who have been here a long time.
“I just want to get on my shop floor and get the stock looking good. I don’t want to lose focus, because at the end of the day the customer wants to come in and see a good, clean, store that’s got everything they’re looking for.
“Spar is a great company to be a part of. I don’t know what they’ll want to do next, but we won’t stand still, I’m sure.” 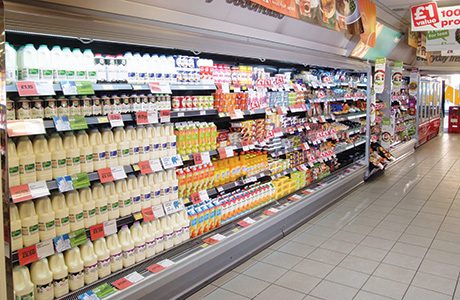 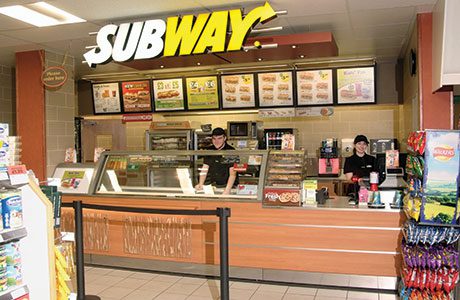