‘Innovation’ is still the watchword in confectionery 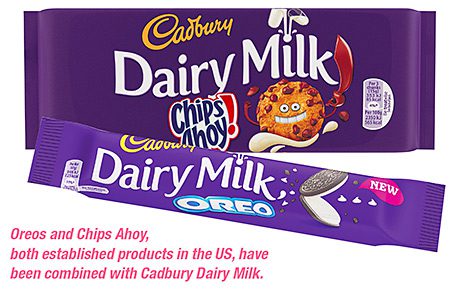 THE UK confectionery market has seen a proliferation of new sweets and chocolate over the past year. And according to category leaders there’s more to come.

Mondelez, aiming to build on those sales, recently launched a single-serve 41g bar for on-the-go snacking.
A new 120g tablet marries Cadbury Dairy Milk chocolate with chunks of Chips Ahoy cookie.
Also hoping for a winning combination, in a marketing and communication sense, is Mars Chocolate, which has announced it will be uniting Snickers and Mr Bean in a new series of TV adverts.
“We are very proud of the creative work that has gone into bringing Mr Bean back to the small screen in this new ad,” said Michael Magee, vice president of marketing at Mars Chocolate UK.
The advert, said to be Mr Bean creator Rowan Atkinson’s first ad appearance since the 1990s, will screen on TV channels, online and in cinemas across the UK in the lead-up to the Christmas season.

Mars’ other Christmas activities, reported in last month’s Scottish Grocer, include the introduction of the Merryteaser Reindeer Advent Calendar and the Maltesers Giant Cracker.
The company will also be looking to repeat what it says were significant successes last year by bringing back its Merryteaser Reindeer and Galaxy Gift For You White products. 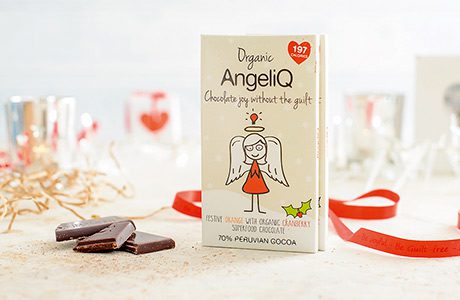 Yorkie Peanut is the latest innovation in chocolate confectionery from Nestle.
Roasted peanuts have been added to the chunky chocolate bar, creating a limited-edition product intended to appeal to the brand’s target audience of 25-34 year-old men.
“The Yorkie brand has been experiencing fantastic growth delivering a 36% value sales increase in both 2012 and 2013,” said Nestle UK spokesperson James Maxton.
“This not only makes Yorkie the fastest growing hunger brand in the UK but also the only hunger brand to grow in value sales and share consistently over the last three years, thus making it a key brand for retailers to support and stock up on.”
Nestle is also continuing to launch new products through its sugar confectionery brand Rowntree’s, including Rowntree’s Fruit Pastilles Froosions, Randoms Tandems and Randoms Sweet N Sour – a combination of sweet foams, sour jellies and super-sour liquid-filled sweets. 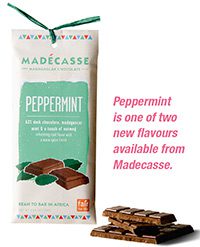 The new products are aimed at Randoms’s core target audience of 18-24 year-olds.
“Innovation is critical to driving fruit singles growth across all ages of consumers, but particularly with 18-24 year-olds,” said Maxton. “Rowntree’s Randoms Sweet N Sour is an innovative product that taps into the growing consumer trend for sour confectionery.”
Scottish bean-to-bar chocolate maker iQ Chocolate has launched a new limited-edition raw chocolate bar inspired by the flavours of Christmas.
“This has been an incredible year for us at iQ,” said co-founder and client services director, Jane Shandley. “We can’t think of a better way to end the year and celebrate the season than with our limited edition AngeliQ superfood chocolate bar.”
The 35g AngeliQ chocolate bar contains 197 calories and has an RRP £2.49.
Also launching new products for the festive season is Madagascan “Fair for Life” chocolate company Madécasse, with new Winter Spice and Peppermint variants.
The Winter Spice bar contains 63 per cent dark chocolate flavoured with ginger, cinnamon and nutmeg, while the Peppermint bar features mint and a hint of nutmeg.