RYO tobacco has been one of the most buoyant segments of the tobacco market for some time. As we head to the dark market and retailers have to think carefully about how they allocate space in covered gantries is that still true or is RYO growth tailing off?

For the brand owners the RYO story is still one of growth and development. And, even though European Tobacco Directive restrictions on pack sizes will come within a couple of years, the companies are still involved in new product development. Much of that is designed to provide small packs at low (for tobacco) prices.
At JTI, the firm with the market-leading Amber Leaf brand in its portfolio, Jeremy Blackburn, head of communications, said the UK RYO market was, by its own company estimates, now worth £2bn and was growing at 9.2% year on year. In Scotland, the firm says, Nielsen figures for the period from the beginning of the year to mid-July showed the JTI RYO portfolio holding a 43% volume share of the RYO category with Amber Leaf commanding 37.8% of that.
“In recent years many adult smokers have chosen to switch to products which offer greater value for money – a trend which has manifested itself in the considerable growth of the value cigarette and RYO market within the UK tobacco category and this trend shows no sign of slowing,” he said.
“RYO is performing extremely well across Scottish independent and symbol stores, which account for nearly half of all RYO volume sales in Scotland.
“Existing adult smokers have a preference towards smaller pack sizes (less than 12.5g) at a lower price point. As a result of this trend, smaller pack sizes now account for 5.4% of the RYO market. This has grown considerably from last year when the market share for these pack sizes was 1.5%.” 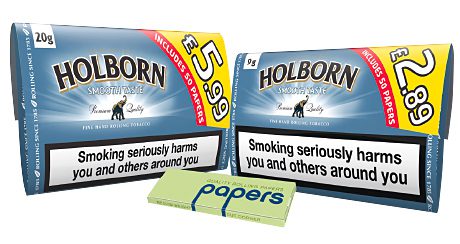 Responding to that, JTI had launched a number of reduced pack formats over the last year for its RYO brands, he said.
Those include: Amber Leaf Signature Blend – a Brazilian blend that contains organically grown tobacco leaf, in a 10g pack; Sterling Rolling, available at a reduced price point and smaller pack size of 9g from last month, and Holborn Smooth Taste, which was also made available in a 9g pack at a reduced price last month, when papers were included in all packs.
“Price-marked packs are performing particularly well and currently account for 64.9% volume share of the RYO market in independents and symbols, with volume growing 3.9% year on year,” Blackburn added.

At Imperial Tobacco regional business manager for Scotland Darren Atwell said: “We have found that whilst shoppers have become slightly more optimistic about the economy, when it comes to day-to-day spend, the overall trend remains cautious. RYO adult smokers’ search for value has seen reduced pack sizes which contain tips and papers, or both, become increasingly popular. Our on-going consumer research shows that 62% of RYO tobacco shoppers prefer their tobacco to come with papers.
“This has led to an uplift in sales of our 8g GV Smooth Handy Packs and influenced our decision to include quality papers in packs of Golden Virginia Classic and GV Smooth.
“In July this year we launched JPS RYO 9g. With an RRP of £2.99, the 9g pouch is set to replace the existing 12.5g pouch and is perfect for those budget-conscious shoppers who are looking to reduce their outlay on tobacco, control consumption or trying the brand for the first time.
“Sales of sub-12.5g pack sizes of RYO tobacco have more than doubled over the past year as increasing numbers of tobacco shoppers seek quality products with a low out of pocket spend. We launched Player’s Gold Leaf 9g at the end of 2013. Complete with papers, Player’s Gold Leaf 9g enables adult smokers to make 22 hand rolled cigarettes for less than £3.” 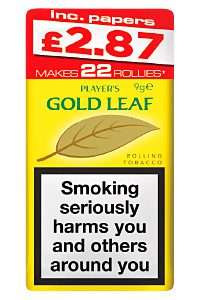 At Scandinavian Tobacco Group James Higgs, the company’s head of marketing and public affairs said: “RYO tobacco has continued to grow in popularity. We’re still seeing an increasing number of cigarette smokers switch to RYO tobacco, as reflected by figures that show the category is now worth just under £2.1bn and growing by an incredible 8.5%.
“We launched our Salsa RYO tobacco range in response to this demand for value for money, offering a quality product at an exceptionally low cost. Since its launch, Salsa has gone from strength to strength with value sales now worth £3m. Salsa’s price marked pack variant, at £3.49, has also been incredibly popular with retailers and consumers alike, offering consumers instant reassurance that they’re getting a good deal.
“Despite the limited time consumers will be able to see the products after the implementation of the display ban, PMPs will still help flag pricing of products with their clear messaging on price.”
Latest product development on RYO from British American Tobacco includes a new variant and new packs on its Cutters Choice range.
The firm completed the Cutters Choice range this year with the addition of Exquisite Blend, which is described by Harry Barnes, Cutters Choice brand executive as having “a more mature and premium taste with a VFM price point”.
The Cutters Choice range now consists of three blends, available in 10g/20g/40g packs: Cutters Choice Smooth Blend; Cutters Choice A True Blend; and Cutters Choice Exquisite Blend.
Since April the packs have featured a uniform design in a vertical format. And more recently BAT made the Cutters Choice range packs re-sealable and added papers.
The firm has also added papers to 20g pouches of competitively priced Pall Mall RYO.