THE sales temperature continues to rise for breakfast cereal. And it looks as if healthy-eating consumers are helping hot cereals like porridge lead the way at the first meal of the day.

According to Breakfast Cereals 2014, a Market Update from analysis firm Key Note, the UK market for cereals grew by 4.2% in 2013.
While sales growth was achieved both by ready-to-eat (RTE) cereals and hot cereals, the hot cereals grew much faster.
Keynote found that value sales growth of the RTE cereals sector was largely down to price inflation, and consumption actually declined. But demand for hot cereals, such as porridge, continued to grow in 2013, driving overall market performance.
Key Note suggests RTE cereals are under threat from an increasingly diverse selection of breakfast products.
Many consumers still regularly skip breakfast — despite widespread awareness of the importance of the first meal of the day — and others are increasingly demanding convenient, on-the-go breakfast options. Breakfast biscuits are said by Key Note to have seen remarkable growth since Belvita launched in the UK in 2010. 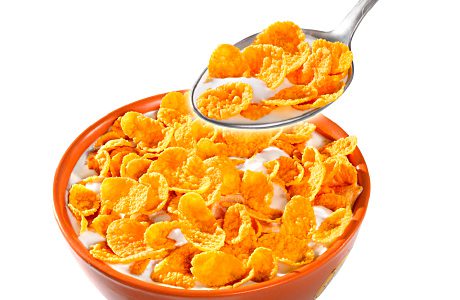 While RTEs have struggled with those trends, Key Note reckons that hot cereals have had partial success in meeting new demands. Microwaveable porridge in pots, available from a range of brands and in a variety of flavours, have become a popular away-from-home breakfast choice, despite not being true on-the-go products.
It says demand for hot cereals can be attributed, in part, to increasing health-consciousness among consumers. The UK media’s continuing coverage of potential health risks associated with sugar consumption has limited demand for RTE cereals, which are perceived to be particularly sugary.
An emphasis on healthy eating has pushed consumers towards breakfasts that are considered more nutritious and more filling – including hot cereals and eggs, which are high in protein.
Over the next five years Key Note expects hot cereals sales to grow considerably, but not to the same extent as between 2010 and 2013.
• Key Note’s 2014 Market Update, Breakfast Cereals, is available from Key Note on 0845 504 0452 or at www.keynote.co.uk, priced £395.