Who gave Halloween to the world? Historians debate the subject but some reckon it was Irish Celts celebrating the end of summer time. Whatever the origins, modern-day Halloween can be big business for retailers. 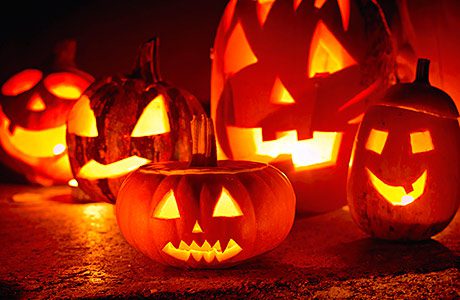 WHEN it comes to Halloween, we still lag behind those Americans who remodel their houses, install film-quality special effects in their gardens and wear cat’s ears, pointy hats and orange and black in October.

Apparently the obsession began when Irish immigrants brought their pagan festival of Samhain (it means summer’s end) with them on the trans-Atlantic crossing. The desire to mark the change of seasons started the competitive fervour with which the US now celebrates Halloween.
American traditions are now crossing back the other way, as British children emulate pumpkin carving and trick or treating they see in films and TV shows. The Simpsons, for example, do not go out guising with a hollowed-out turnip. Marge doesn’t welcome in the kids of Springfield to dook for apples or attempt to eat a soda scone smeared with treacle that’s she’s hung from a piece of spring. Many children nowadays don’t sing a song or tell a joke. They just hold out their hands for sweeties.
That, however, is good news for retailers who can look for a share of Halloween spending. Estimated at £325m last year, the cash splits, largely, between confectionery, party goods, costumes and pumpkins.
Just 11 years earlier, in 2002, UK consumers had spent £12m on Halloween goodies.
Sophie Carroll, associate analyst at Planet Retail, said last year that recent increases in the ghoul and ghost event-related spending reflected “a more favourable economic climate, as well as an increased Halloween focus on the part of retailers”.
She added: “Though now established as a significant UK retail season in its own right, the British passion for Halloween remains fuelled by US cultural influences, with the popularity of TV shows such as The Walking Dead and the Twilight movie franchise inspiring interest in the festival from across all ages.”