In the early days of e-cigarettes and vaping it seemed important for products to resemble traditional smoking. Now we have a much more complex scene. How is the market likely to develop, will it settle down? And what’s in it for retailers? 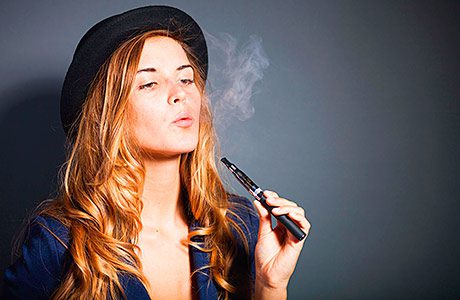 ALTHOUGH e-cigarettes have been around for some time there has been an explosion in demand in recent years.

There seems to have been a tipping point that occurred when a number of economic and other factors came together. Traditional smokers have been working hard to contain their costs. Some have been tempted by illicit traders, but many smokers who use legitimate traditional tobacco retailers have been moving to economy cigarettes, roll-your-own tobacco and even to economy RYO.
But it’s still expensive and becoming steadily more so. And of course there are the health issues. Virtually none of the commercial e-cigarette or vaping companies claim to be about quitting smoking but there is a story to tell about harm reduction, about delivering nicotine without the known carcinogens contained in the tars and other substances that come along with traditional tobacco.
Put those two things together with public place smoking bans and there is almost a perfect platform for the development of e-cigarettes.
But even then it could be seen as a surprise that the supply side of the business has developed so rapidly and dramatically.
Only a short time ago retailers had the choice of a few pioneering companies and brands, virtually all of whom produced items that looked very like cigarettes and were intended to taste and behave very like cigarettes.
Fast forward to now and those products are still there. But there are also new brands, there are more brands, some of the big tobacco companies and others involved in the traditional market have bought into e-cigarettes.
But there are also new systems and, arguably, a developing culture of nicotine vapour consumption, or vaping, which can often look quite unlike traditional smoking.
E-cigarettes and vaping items are these days sold through many channels but c-stores, especially independent and symbol stores, form a very important part of the chain. There are clear attractions for c-stores. There are good profit margins for a start. And many suppliers offer sale or return, which is useful, of course, when you’re dealing with a relatively new product in a huge range of flavours.
One firm that stresses the importance of the convenience store channel to its operations is Blu the e-cigarette brand and supplier that was, in this country, until autumn last year, known as Skycig.

Chief executive Jacob Fuller reckons things are indeed quite complicated in the electronic cigarette market at present but he’s confident it will settle down. It will remain inventive and will continue to evolve but regulation, which is likely to be in place by 2016, and the normal development of marketing and of consumer behaviour should ensure that e-cigarettes will resemble other markets eventually. And companies and brands that offer quality, consistency and reliability will do well, he argues.
“There’s a lot of chaos in the industry at the moment. Almost anyone can set up an electronic cigarette company or a shop,” he said.
“Once 2016 hits and regulation becomes more clear I expect that to change. At the moment it’s a bit of a land grab. And we have the funding and the people to do that. But it’s also about building a great brand and a great product to go with that.”
Blu has a significant web presence and it wouldn’t rule out running one or two “hero shops” along the lines of Nike outlets but most of its sales in the UK come through traditional retail and he expects that to continue.
“We see the big revenue coming from the majors and the independents. That’s where people purchase tobacco and in the future we expect that to happen with electronic cigarettes too.
“Speaking with our customers and doing surveys we know that around 70% of people want to buy in retail and it’s about 80% of our business.”
The firm has around 40 sales reps dedicated to the independent trade and others dealing with major supermarkets and the likes of Co-op. It has strong relationships with major wholesalers including a long-standing connection with Filshill.
It is marketing substantially, developing POS and running TV ads. The aim is to become a major brand. A consumer will be able to get it in more or less every city and town, knowing they well get a high-quality, consistent, reliable product.
Electronic cigarettes and related products are changing and developing of course.
Fuller says Blu has extensive research and development capabilities in the US and in China. We should expect major players to develop a range of products to meet the demands of an increasingly varied e-cigarette-consuming customer base.
Tank systems have shown very considerable growth in the market and he reckons it’s quite easy to trace some basic demographic trends.
He said: “We find that the older more hardened smoker wants an electronic cigarette that’s a similar size to a traditional tobacco cigarette.
“Someone in their 20s is OK with a tank and it’s almost becoming a fashion statement.”
He’s confident that consumers for different types of e-cigarettes or liquids will still buy from retailers including independents even if they move on to tank systems where the equipment can be refilled three or four times from a typical 10ml bottle of e-liquid.
E-cigarettes provide footfall and incremental purchases in much the same way as tobacco, he said, but with a difference that he reckoned a retailer had summed up perfectly.
“He pointed to his tobacco gantry and said he had about £10,000 invested in it,” Fuller explained.
“When he had sold all of that stock, he would make about £400 profit. But, he said, he would have to sell about £1,000 worth of Blu to make the same profit.”