While wrapped white bread continues to decline, wholemeal and seeded loaves have seen sales increase. And brands continue to grab a bigger share in Scotland.

IT’S the staple of everything from the breakfast table, to the lunchbox and the late night munch in front of the telly.

Bread is the most adaptable of foodstuffs, making the take-home bakery category worth £4.1bn across Great Britain, as measured by Kantar Worldpanel. That’s up 1.4% year on year.
In Scotland, the category is now worth £407m and is growing slightly ahead of Great Britain overall, Scotland is up 1.7% over the last year.

Scottish shoppers on average make 100 trips to buy bakery products each year. That’s 10 more than the average GB consumer. Over the course of a typical year, Scottish shoppers spend £159 on products from the bakery fixture, which is £3 more than the average GB shopper.
What accounts for those national differences and how can retailers make the most of such a staple category?
Although standard wrapped bread remains far and away the biggest sub-category, accounting for 38.5% of spend, Scottish shoppers do differ when it comes to rolls. The big-selling morning goods account for 21% of spend in Scotland compared to 15% across GB.
Potato scones and pancakes also have a greater reach among shoppers in Scotland with 41% of Scottish shoppers buying tattie scones to include in a fry-up or, perhaps, to eat in a roll. Around half of all shoppers buy pancakes, for snacks, breakfast treats or children’s lunchboxes.
Tastes in wrapped bread are also changing and developing, with healthier options replacing some of the traditional old-school favourites.
White bread is declining by nearly 8% while there’s growth in both wholemeal (up 2.1%) and seeded bread (up 9%). Brands remain very important in Scotland, where Kantar finds brands now account for 84.2% of spend on wrapped bread. 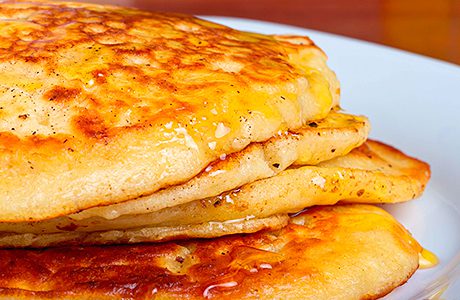