WITH approaching summer weeks in mind, Premier Foods is making barbecues the focus of the latest Oxo Shake & Flavour advertising campaign, which is intended to build on last year’s message that the seasoning granules will transform an inanimate object into tasty food. 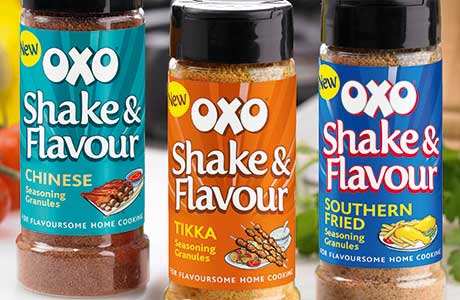 The new commercials highlight summer meals as well as the range’s newest flavours – Chinese, Southern Fried and Tikka.
The TV ads will be supported by other marketing activity, including summer and barbecue-inspired in-store support, digital activity and PR work.
Helen Touchais, flavourings and seasonings category marketing director at Premier Foods, quoted IRI and Kantar WorldPanel figures when she said: “Since its launch in September 2013, the Oxo Shake & Flavour range has delivered over £900,000 in sales and has successfully attracted a more urban, younger consumer to the category.
“We are placing strong investment behind the range this year, aligning its relevance to lighter summer meals.”