THE 1960s Glasgow folk classic the Jeely Piece Song described the difficulties of throwing a jam sandwich from the window of one of the city’s new multi-storey flats. Now the high rises are being demolished; the jam sandwich, however, remains popular.

Key Note’s 2013, Sauces and Spreads Market Update, describes spreads (a category which includes sweet spreads such as jam, marmalade, and Nutella as well as savoury spreads such as Marmite) as “products which many consumers consider nothing short of essential, even in times of economic difficulty.
It adds: “The market has demonstrated consistent year-on-year growth.” And while much of that is due to commodity price increases (of sugar, the gelling agent pectin, blackcurrants and plums among others), Key Note reckons that: “Customer loyalty is guaranteed for many products and will continue to provide a strong base for volume sales.”
That being said, some of the established spreads are coming under pressure from new favourites. Marmalade is showing only modest sales growth and, while jam is doing better and honey is performing very well, the most substantial sales increases are shown by what the report classes as “other sweet spreads”, principally Nutella.
However, jam remains the biggest single sub-category, with a 26% share of the spreads market, worth £114m in 2012.


Honey is catching up, with a market share of 24.4%, growing 42.7% over the last four years. Major brands of jam and honey – such as Harley’s Smooth Squeezy Jam and Rowse honey – are increasingly available in squeezable plastic bottles that stand upside down.
Marmalade is losing out to newer, sweeter spreads. It has a 12.1% share of the spreads market, worth £53m, up just 6% since 2008. Key Note suggests marmalade is an acquired taste that some younger consumers don’t appreciate. Many regular purchasers are aged over 60 and the figures suggest marmalade fans are not being replaced as they die off.
The report does note that manufacturers have moved towards sweeter marmalades, with more jelly-like textures, to bring new consumers on board. The problem, however, is that those are less likely to appeal to purists. 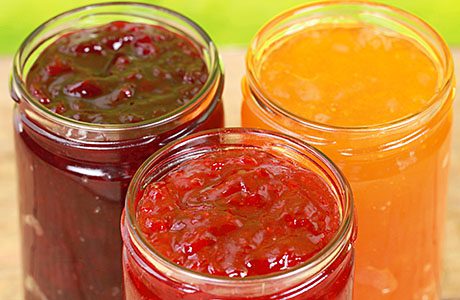 “Other sweet spreads”, led by established chocolate-and-nut spread Nutella, may still form the smallest of the Key Note sub-categories but they are growing at the fastest rate. They currently have 7.1% of the market, worth an estimated £31m. But that’s almost double the 2008 figure.
Nutella remains way ahead of the rest of the pack but there are other brands and variations on the chocolate-and-hazelnut theme, including Cadbury Chocolate Spread and Lotus Biscuit Spread.
Chocolate-based varieties aside, Key Note expects spreads to grow “fairly slowly but steadily”, anticipating the entire spreads category, including products such as peanut butter and Marmite, to top £500m by 2017.