Energy drinks remain the stars of the soft drinks category, especially in convenience and impulse outlets. But it’s a sub-category that has become increasingly complicated – with a growing range of products, styles, pack sizes, and prices. And now there’s an increasing choice of flavours too. 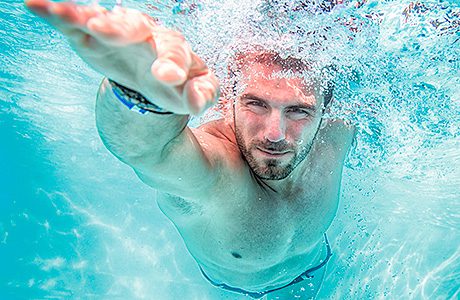 IF you’re looking for a soft drinks 21st-century success story you don’t have to look much further than energy drinks. Sales have grown, are still growing and are forecast to grow still more.

Many of the drinks have commanded premium prices and have returned good profits to retailers, not least to c-store and other impulse retailers who have dominated sales of, in particular, ready-chilled, single-serve energy drinks.
However, if energy and sports drinks present great opportunities there are still some things that cause concern.
The very success of the category has seen the launch of many new products. It could be argued that product launches help create and sustain consumer interest. On the other hand they also present retailers with choices to make. Many c-stores do seem to be successfully managing the category, however … and are effectively balancing their ranges of leading brands with own-label and value brands while they also accommodate sports products, sugar-free styles, a variety of pack sizes and new flavoured energy drinks.
And at least one major market research report, while noting that spectacular category growth had slowed, has forecast further increases but has suggested the suppliers need to provide still more variety.
International market analyst Mintel’s Sports and Energy Drinks Report, published last summer, noted the substantial growth achieved by sports and energy drinks between 2008 and 2013 when UK sales increased in value by an estimated 55% to reach £1.5bn and by 39% in volume to reach 686m litres.
However growth had slowed considerably since its peak in 2011, mainly because of the relatively weak performance of sports drinks. For the full year of 2013 the analyst was predicting “muted” growth of 5% value and 2% volume. 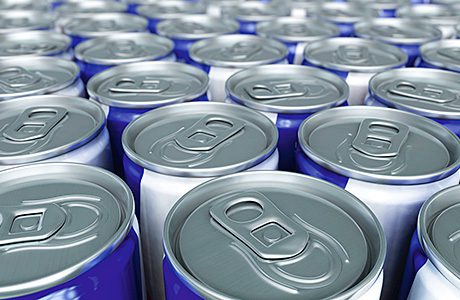 Energy drinks had been responsible for and continue to be responsible for the bulk of sales and they still supply most of the growth. And, Mintel noted, significant amounts of work on new product development, including the introduction of new flavours and low-sugar variants as well as continuing high-profile marketing activity, keeps energy drinks in consumers’ thoughts.
But it also noted that sports drinks had failed to substantially capitalise on the opportunities presented by sports events such as the London Olympics.
However, in terms of energy and sports drinks overall, the analyst is optimistic about the years to come. It expects sales value to grow 37% to reach £2bn by 2018, partly because of the expected rise in numbers of people aged 25-35, which it sees as the drinks’ core consumer group.
But, at the same time a decrease in the number of under-25s won’t help the category.

‘There appears to be a bright future for energy drinks with a natural, functional dimension.’

Market penetration is still relatively modest with a little more than half of consumers using the drinks. That should leave plenty of room to attract new consumers and grow sales as a result. But the research company reckons the energy drinks firms won’t find it easy to convince non-users that the drinks provide benefits.
But in its forecast of trends in the UK market over 2014 Mintel said: “UK consumers would appear very open to the prospect of new ‘healthy’ launches within the energy drinks sector.
“In the UK alone new product launches of drinks with a no additives or preservatives claim grew 56% over the five years to 2012. Meanwhile, new UK drinks product launches with a low/no/reduced sugar claim increased 63% over the same period.”
“Mintel’s research shows 34% of energy drinks users claim they ‘worry about becoming reliant on them for an energy boost’, whilst 37% of non-users cited the fact that ‘they contain too many artificial ingredients or colourants’.
“In contrast, there appears to be a bright future for energy drinks with a natural, functional dimension, with 72% of consumers saying that there should be healthier (eg sugar/calorie-free) varieties, 71% saying that there should be more drinks with natural colourings/flavourings and 41% that it’s worth paying more for added benefits (eg added vitamins),” the analyst added.