ONE of Scotland’s leading independent retailers has called on the Scottish Government to provide regulations that would stop giant multiple retailers opening small convenience-style outlets.
Saleem Sadiq, who owns Spar Renfrew, said other independent and convenience retailers should support the ‘Say No to Tesco’ campaign and protect their stores from the impact of small format supermarkets from Sainsbury’s, Tesco and Morrisons.
In the last issue we reported on campaigners in the west end of Glasgow who have petitioned the Scottish Government to change the law to prevent city and towns areas being swamped by dozens of c-stores from the giant supermarket firms. 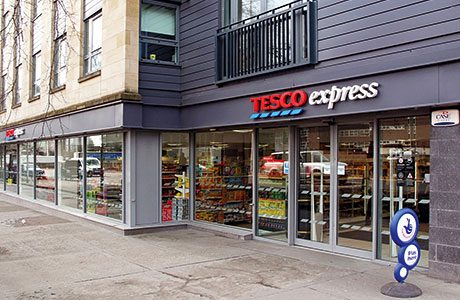 Sadiq agrees and wants trade groups and licensees to join the fight.
“The government have the power to do it. The monopoly that the big four have on the food scene should be immediately investigated because it’s having a negative impact on the British way of life. Multiples

opening local, convenience-style stores pose an immediate threat to the convenience sector.
“Initially people say that they’re in favour of stores like these opening up, but very quickly that perception that they might bring extra footfall into the town changes when they realise that it’s having an adverse effect on their business.
“The power to decide this sort of thing should be taken away from local councils. They’re blinded by the idea of new jobs in their communities but what eventually happens is that an existing store nearby closes as a result of one of these stores opening and they end up with a net job loss.”
But one of Scotland’s leading academic experts on retailing suggests it would be difficult to achieve a clampdown.
Leigh Sparks, professor of retail studies at Stirling University, said: “It’s very difficult to see how you could do this because it would require legislative power to decide between companies.
“Land use planning has always been on the basis of the land use rather than the business that is operating the use.
“I’d also wonder what the purpose is of sometimes protecting stores that are quite good and sometimes protecting stores that may not be so good.”