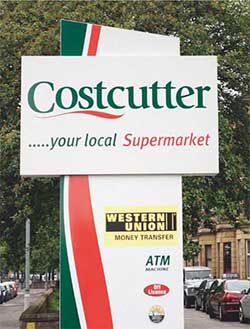 COSTCUTTER Supermarkets Group said last year saw increased retailer recruitment to its list of symbol operations. The group added 353 new accounts from January to December 2013, 243 of which were Costcutter and Kwiksave stores.

The group said Mace, Supershop and Your Store also performed well with 110 new retailers joining in the eight months since the transfer of the brands to Costcutter Supermarkets Group, which was part of the strategic partnership announced with Palmer and Harvey in March 2013.