SANTA Claus came to the Highland gateway town of Crianlarich just ahead of the festive holidays, after efforts by the local community, supported by the local Londis store’s win of the Kingsmill Christmas Community Grant, saved the area’s senior citizen’s Christmas party.


The bread brand had followed up its earlier community grant activity – where another Scottish shop, the Spar store in Ladybank in Fife, had won a grant to help establish a community garden – by calling on stores to argue their case for pre-Christmas backing for a local good cause that would bring a community together.
Isla and Bryan Craig, owners of the Londis store in Crianlarich, saw the news in the trade press and applied, explaining how the community wanted to save the established senior citizens Christmas party in the Strathfillan district (Crianlarich, Tyndrum, Inverarnan and small settlements in the area), which was under threat after losing public funding. Their application won the top grant of £2000.
“In the community the Christmas party can be the one time in a year that some of our senior citizens see each other,” Isla told Scottish Grocer.
“The Kingsmill grant helped save the event and the banner the company supplied helped publicise it.
“It was one of the best Christmas parties we’ve had and I think it has fired enthusiasm to raise funds through the year for the next one.” 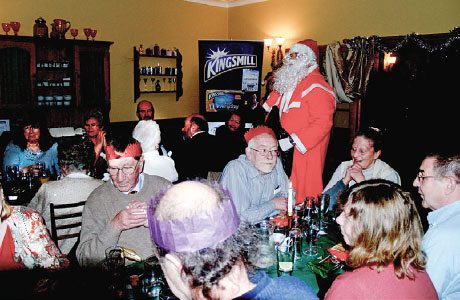