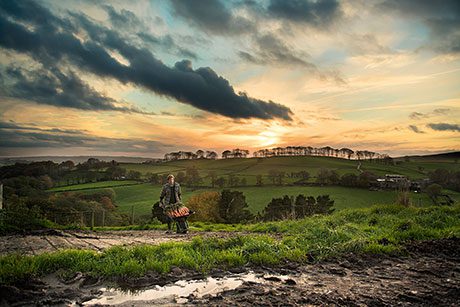 BRITISH farmers and ingredients are taking a starring role in soup firm Crosse & Blackwell’s new advertising campaign.
Its latest TV ad, on screens this month, showcases the company’s Best of British soup range, highlighting flavours such as Wiltshire-cured ham, Melton Mowbray Stilton, Dorset Ale and a variety of British home-grown vegetables.
They’re a few of the total range of 21 soups produced by Crosse & Blackwell since its re-launch in 2012.
Chris Wright, marketing director for the company, said: “Crosse & Blackwell is a British brand with great heritage, and the quality of the products supplied by our British farmers is extremely high.
“Consumers are increasingly keen to buy British, and so this range poses a significant opportunity for independent retailers.”